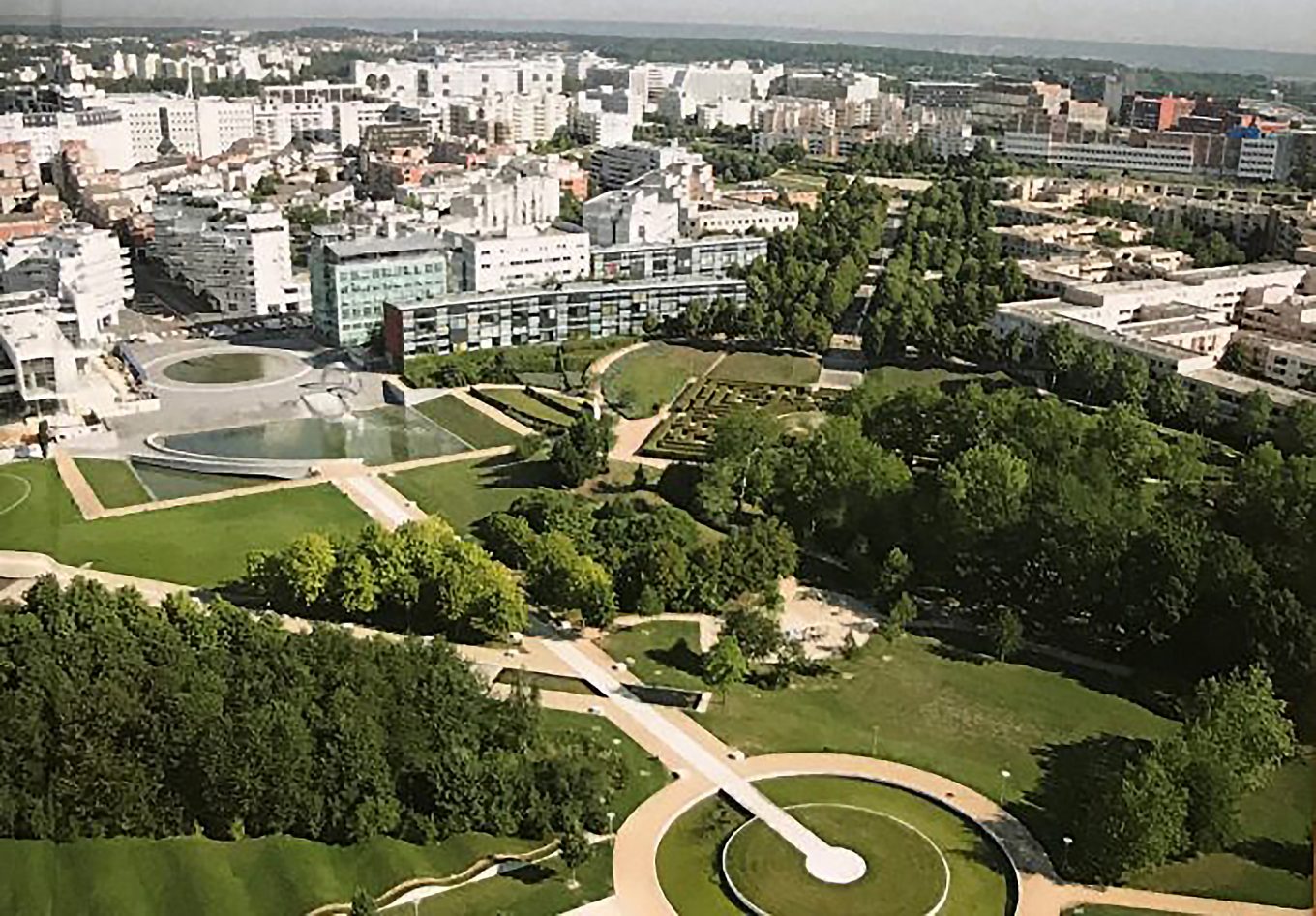 From the Greeks in the Mediterranean to the Mayas in Yucatan, building new settlements has been one of humankind’s main activities as we spread across the globe observes Sabine Coady Schabitz in her introduction to this new volume of collected essays.  The British and French New Towns of the twentieth century, however, were a different kind of settlement. Both physical and contractual, they exemplified the post-war consensus in which full employment, a mixed economy, progressive taxation, organised labour and the welfare state were mutually reinforcing. Driven by high ideals and a spirit of egalitarianism, New Towns were a deliberate attempt to redistribute population away from the economic magnetism of capital cities, to even out geographic prosperity across the nation and to improve housing and urban environments for the benefit of citizens.

This appraisal of the New Town legacy is timely: as we try to find a path to recovery in the aftermath of COVID. Even Boris Johnson has invoked the ‘new Jerusalem’ post-war spirit to galvanise national morale.  The book gathers scholarly reflections on the findings of the New Town Heritage Research Network following a number of recent 50 and 70 year anniversaries for UK New Towns, offering lessons for a fresh iteration of Garden Towns as well as for broader the ambition to build back better.  Post-war issues that activated the New Town projects such as housing insecurity, over-crowding, the provision of public green space, and uneven economic geography, are now firmly back on the agenda.  Their full impact may be held in abeyance by lockdown eviction bans and job retention grants, but the extent of the contemporary challenge will soon be felt as these covid safety nets are withdrawn.

Case studies from France and the UK illuminate the diversity of the New Town experience in fourteen chapter grouped thematically in sections that deal with public policy; residents’ perspectives; regional and international contexts; and heritage.  From the architectural coherence of Frederic Gibberd’s Harlow, to the economic powerhouse of France’s SQY (Saint-Quentin en Yvelines), or the consciously futuristic building forms of Thamesmead, New Towns provided rich opportunities for experimentation in 20th century urban design.  Like petri dishes in a lab, each town has grown its own culture under different political, economic, and social conditions.

New angles on New Town history are explored here, including the significance of public art (Alina Congreve); the recent re-evaluation of New Town’s as heritage, (Sabine Coady Schabitz); and the global export of British and French New Town planning expertise (Clément Orillard and Stephen V. Ward).  As with many academic collections, the volume speaks to a more theoretically-inclined audience, but there is plenty of practical relevance here for those in urban design and planning professions.

Comparative case studies illustrate the impact of governmental and ideological shifts on New Town design and implementation.  David Fee observes that in France, for instance, the delivery of contemporary New Town projects has proved incompatible with the post-1970s delegation of development powers to local government, where appetite for risk is understandably more modest.  Across the channel in the UK, new Garden Towns and Villages have experienced a revival in policy interest, but, as Elanor Warwick notes, emphasis has shifted from ‘promoting sustainable development to facilitating private-sector investment in exchange for guaranteed housing delivery’.  This market-led approach may deliver housing, but its effectiveness at addressing regional economic disparities, or providing public space remains to be seen.

The post-war New Town era by contrast has, for many of today’s planners, community workers and built environment professionals, a certain golden age quality.  In a chapter titled Loss and Longing Bob Colenutt documents the genesis and subsequent unravelling of a utopian New Town spirit and social mission, arguing that design has been used as a scapegoat for New Town decline, when the true causes lie in underinvestment in public goods and services.  If New Towns are to provide lessons for future development, then the recovery of their social mission and egalitarian ethos is vital to their successful reinvention.  This will be music to the ears of professionals working at the coalface of contemporary community-building and place-making, who know all too well that good design is social as well as spatial.

Lessons from the British and French New Towns is well-timed to inform urban design thinking and practice post-covid.  The challenge now is to apply these lessons to policy development and delivery to ensure that social values retake centre stage on the road to recovery.

Hilary Kolinsky is co-Director at McCaren Architecture an employee-owned co-operative. She is involved in a number of community-led projects in Plymouth and has a background in action research working in the overlap between community development and architectural history.