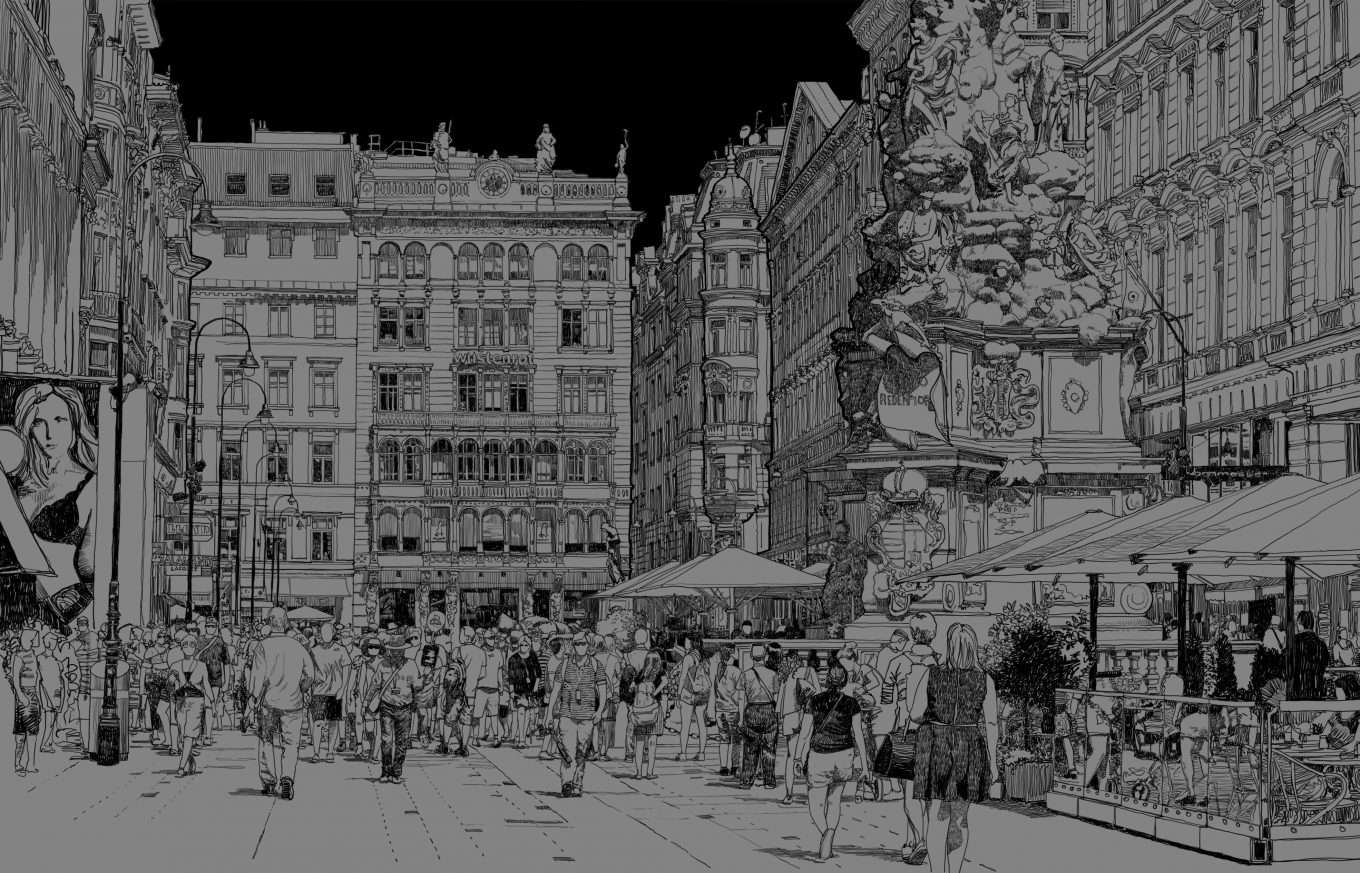 Are cities really so vulnerable to the long-term effects of Covid-19?
Martin Crookson argues that reports of the death of the city are exaggerated. Based on his book written with Jonathan Reades he argues that face to face still matters.

The pandemic has been running a full-strength test of what an ‘e-only’ work world could be like for many people and firms. It’s raised all sorts of questions about the future of cities.

Now that we have the prospect of the pandemic’s grip eventually loosening, it seems worth asking what might its impact on urban life in the long term actually turn out to be?  Working from home (instantly rebranded as WFH)… the role of IT… the impact on commuting… the future of central-city offices…. Forecasts have ranged from ‘things will never be the same again’ to ‘things will be remarkably like they were before’.

But after more than a year of Covid-19, and combined with the seeming vulnerability of urban economies to the impacts of IT and, in particular, artificial intelligence (AI), the end of the city’s dominance could seem imminent.

This spring saw the publication of Why Face-to-Face Still Matters: the persistent power of cities in the post-pandemic era (Bristol University Press) by Jonathan Reades of UCL and me: a book about cities and the people who work in them, and how they will carry on being the key to 21st century economic life as we bounce back from the impact of Covid-19.

The book draws on interviews – before and during the pandemic – with Londoners from all sorts of business: a producer for Love Island, bankers and equity traders, the assistant to a world-famous artist, a software developer, graphic designers…but it’s grounded in the mundane: transport, ICT infrastructure, market behaviours, and the long history of thinking about places.

Why cities will still matter

Mark Twain famously telegraphed that “The report of my death was an exaggeration.”  So too for cities. Cities were the future at the start of 2020. And they’re still the future in 2021. Why is this? Crucially, because modern high-added-value businesses will still need high-intensity central places: busy, well-connected, hyper-convenient. They are engaged in what are called ‘opaque’ markets, uncertain settings with a heavy reliance on judgement rather than calculation. They need to reduce risk, to understand clients and be understood by them, and to make their business decisions on a basis of confidence, not certainty. Face-to-face contact (F2F) is a core component of those judgements.

in the urban space-economy, more businesses will ask ‘why are we here?’

Interviews in Central London show that there’s a constant whirl of quick contacts, and despite the availability of many digital alternatives, there seem to be more not less such interactions: particularly early evening contacts (‘lunch is dead’ in many sectors). In this matrix, F2F is more important, not less. The range of contact ‘channels’ is undoubtedly wider and deeper than at any time in the past, but face-to-face contact provides extra ‘bandwidth’ that other channels cannot, especially for tacit, understood, and inferred information and knowledge. Transactional exchanges can rely on ICT, but for insight and knowledge F2F will always have the edge.

So what will change?

Now we are not saying ‘it’ll be all be back to as-before’. But it’s important to think about what changes, and what doesn’t – both because of ICT and Artificial Intelligence (AI), and post-Covid.

The experience will strengthen tendencies that already existed; but it will not create fundamentally new ones. Change will have been accelerated by Covid and by the ever-greater use of ICT and AI. But they don’t cause it. They are doing what ‘new tech’ has been doing for 200 years, since coal and steam and capital launched the first Industrial Revolution.

And so in the urban space-economy, more businesses will ask ‘why are we here?’  In this world of change for cities, who’s going, and who’s staying? We know the greatest benefits of central-city proximity will continue to be to firms in uncertain markets with complex outputs, short ‘product cycles’, and constantly changing transaction patterns: such as high finance, the bigger consultancies, and creative / cultural organisations: the likely ‘stayers’. At the other, ‘going’, end of the scale are sectors such as technical R&D, logistics and many of the ‘back-office’ functions of banks and other large employers. And what determines whether it’s actually worth the investment in a city location? – it is the type of input or output (what are you trading, who with, how easy is it to assess value) and their associated search and experience costs (how often might you need to meet, how crucial is face-to-face). And to stress, this is a continuing process, not a new pandemic-induced one.

And what won’t? – the ‘place’ dimension

But lots won’t change, or not in such striking ways. Cities and towns will fall back into recognisable and long-established patterns. World city dominance will continue. Central London, Lower Manhattan and Paris-Ville will hold on to, and continue to attract, businesses and markets with a high degree of customization, quality-sensitive clients, and a need for collaboration around complex outputs and advice to decision makers.

For many of the major regional cities, too, there is a lot of promise: the task is to cement their role, often very long-established, as their catchment area’s attractive market and social centre in a world of online shopping and offshored office jobs. Smaller places – despite excitable prognoses of a flood of businesses relocating to pleasant market towns – will need to work at it. There is potential, because of their convenience and lower cost base; but also menace, because sometimes those apparent advantages will be undercut by the fact that ever more businesses (and their staff) can locate anywhere.

The pandemic has been a grim and chilling experience, and it has hit the big cities hard. Yet if we stand back and look at the battering they took in the 20th Century – particularly in the Second World War – their resilience and longevity is all the more striking. At the end of that desperate period, the insufferably bouncy ‘Chips’ Channon confided to his diary (10th January 1946) “At the fashionable, carefree Carcano-Ednam wedding reception I remarked to Emerald [Cunard] how quickly London had recovered from the war and how quickly normal life had resumed. ‘After all,’ I said, pointing to the crowded room, ‘this is what we have been fighting for’. ‘What,’ said Emerald, ‘are they all Poles?”  Chips and Emerald were two of the 20th Century’s great airheads, no doubt: but London did recover, and from a fearsome pounding.

‘Being there’ is still at the core of the urban experience. Even in a world of instant digital access and unparalleled connectivity, central places matter, and face-to-face contact is what they do for a living. That is their story, and it will be their future.

Martin Crookston is an urban economist and planner and was previously a director at Llewelyn Davis and a member of Lord Roger’s Urban Task Force. Why Face to Face Still Matters was published by Bristol University Press March 2021