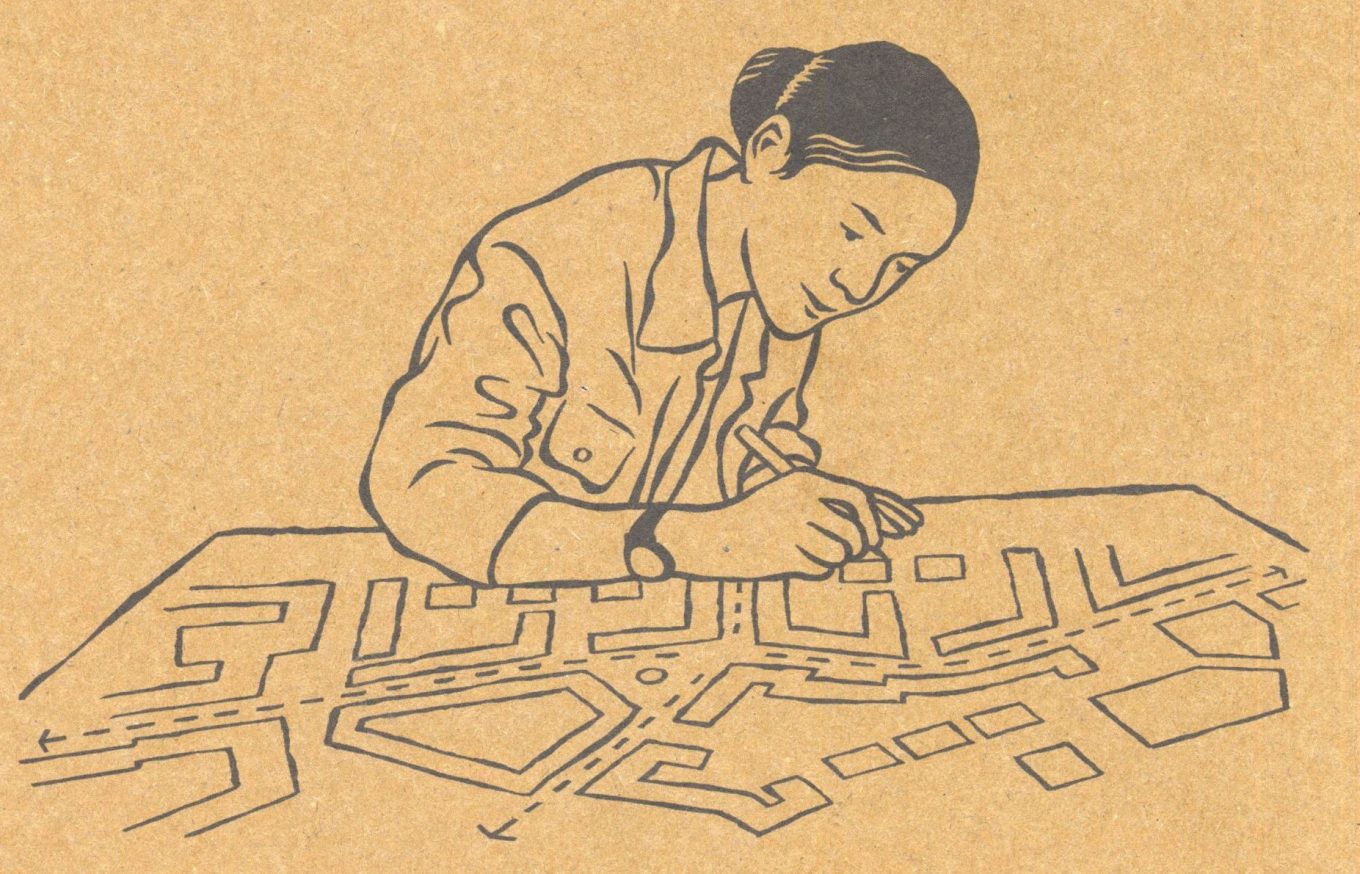 David Rudlin reviews Rob Cowan’s new book that sets out to create, in words and distinctive hand drawings by himself and others, the definitive text on urban design.

The inside front cover of this book includes 56 portraits of the key figures in the development of urban design from Vitruvius via Unwin, Howard, Geddes and Jacobs to Hillier, Alexander and Farrell. You will be pleased to hear that John Thompson is there along with academicians Jennifer Keesmaat, John Worthington, Canny Ash and the late Ben Hamilton Bailey. I blush to say that there is even a picture of me!

Rob Cowan starts by saying that there are two things wrong with the term Urban design. ‘Urban’ gives the false impression that it applies only to urban areas, and ‘design’ suggests that it is the same as what architects do just on a bigger scale. However despite a brief dalliance with the term ‘placemaking’ we haven’t come up with anything better and so urban design will just have to do.

The first part of the book charts the history of urban design thinking and practice through the individuals who have shaped it. Much of this is familiar territory but it will serve as a tremendous primer for those interested in the subject. There were bits that were new to me like the 1953 government guidance Design in Town and Village written by Thomas Sharp, Frederick Gibbert and William Holford with an introduction by Harold MacMillan. Believe it or not, this was the last government guidance on urban design until the 2000 publication of By Design where Rob’s history of urban design ends.

There is also a history of urban design institutions from early attempts by the RIBA to claim the field, to the emergence of the RTPI with a strong civic design antecedence. Then as planners ceded the territory, other groups emerged starting with the Urban Design Group in 1978, The Urban Design Alliance in 1997, CABE in 1999, the AoU in 2006 and the Place Alliance in 2014. Rob largely approves of urban design’s reluctance to become a profession but, concludes by saying that the urban design movement has ‘been made less effective by being distributed over a number of organisations, competing with each other… for members and profile’.

Part 2 of the book sets out eight design objectives and covers similar ground to other urban design guidance from Responsive Environments onwards albeit framed in different terms: 1) A mix of uses, 2) Fit for purpose, 3) Adaptability and resilience to change, 4) Well-used spaces, 5) Accessible and navigable, 6) Biodiverse, 7) Efficient use of resources and 8) Beautiful and interesting.  Yes the word Beauty is in there at number 8!

The following section goes on to show how all of these objective relate to the overriding importance a scheme’s context and goes on to use the 8 criteria to assess three real-life schemes, Bloomberg London, McGrath Road housing by Peter Barber and Upton in Northampton. While Cowan doesn’t spare these schemes, he recognises that they are at least places where an effort has been made.

In the next section he describes the workings of the UK planning system and how it relates to urban design. He shows how the local plan allocation process generally identifies the wrong sites and how Roger Evans set out a better way. There is talk of local plans, design codes, planning applications and design review. An excellent description of how our system works rather than a biting critique.

The final part of the book talks about the process of masterplanning and I should once more declare an interest because URBED’s work is well featured. There is a review of strategic urban design, some of the key concepts, masterplans, design coding, radical incrementalism, density and movement. If a student wanted one place to understand how to create a masterplan they could do worse that start here.

It is likely that members of the Academy will be aware of much of what is in this book but it still needs to be on your bookshelf. At times it reads a bit like Rob’s excellent Dictionary of Urbanism which I’m sure you already have. It explains ideas and concepts with great clarity and many architects and planner will find it hugely helpful even if the book isn’t a place where you will find a critical examination of urban design and the failings of our planning system. However the combination of words and hand drawings is part of a great tradition from Lynch and Cullen through Tibbalds and Responsive Environments. These are the books that turned me on to urban design Rob’s splendid book will hopefully do the same for a new generation of urban designers.