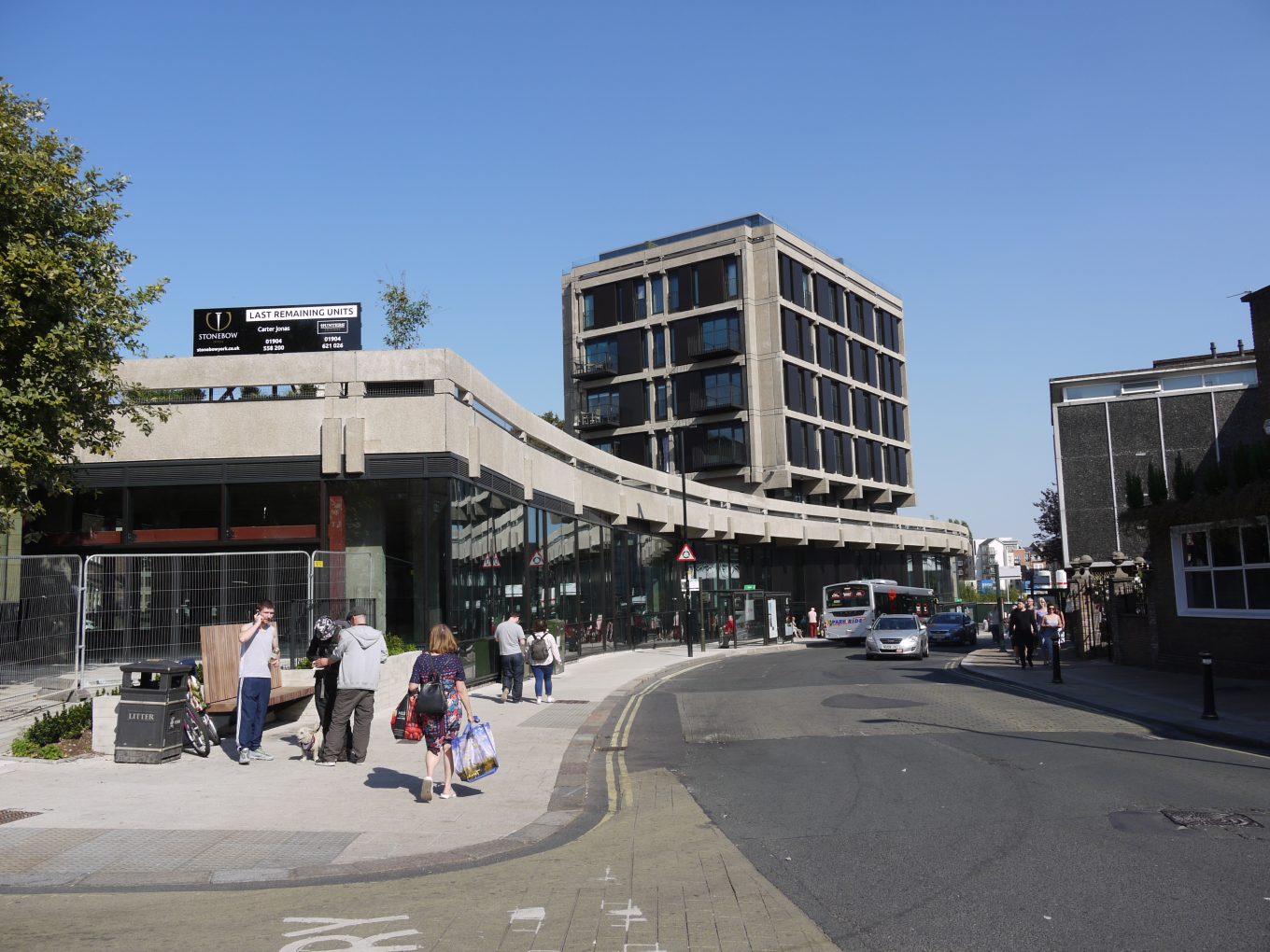 Sensitive architecture and a careful urbanism has transformed a brutalist eyesore. John Mullin reviews the rehabilitation Stonebow House in York. 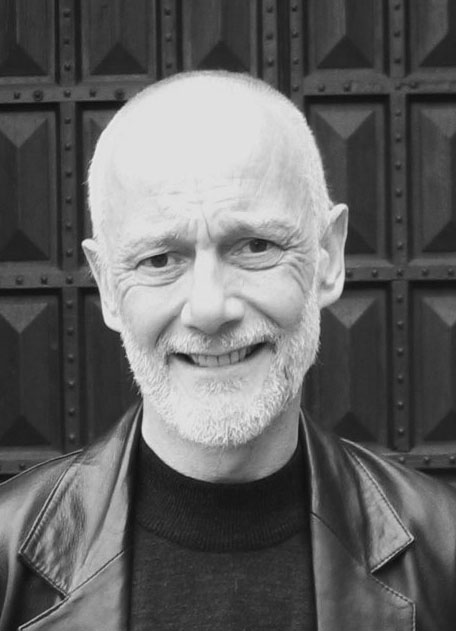 When I went to live in York as a kid there were two buildings in St Saviourgate that I particularly liked. One was the eponymous St Saviour’s. I don’t know why I liked it so much, it was just one of dozens of little medieval churches in the city, built in the same white Tadcaster limestone that graces The Minster, and with its’ own modest but robust tower. The other was the Central Methodist Chapel, bombastic by comparison, with its’ enormous Doric portico built in a more sombre sandstone. However it made a strong architectural statement, particularly fronting onto the open space leading down to the Stonebow.

When they built Stonebow House on that open space in 1964 I, like almost everyone else in York, thought that it was an eyesore. Not only did it block the views to those lovely examples of Gothic and Classical architecture, it also filled the entire site, from pavement to pavement, with a giant monolith of grey concrete.

I was in the Sixth Form at the time and hoping to become an architect, so I had already been seduced by the ideas of Le Corbusier. However, seeing the elegant Unite d’Habitation in the blinding sunshine of Provence is not the same as seeing the lumpen ugliness of a second-rate office block in the rain of Northern Europe.

Neither could the ‘pebble dash’ modular panels of Stonebow House be compared with the exciting textures achieved by pouring concrete into rough wooden formers at the Unite. Over the years the paint flaked on the black wooden window frames; scars appeared on the too-narrow parking ramp; graffiti defaced the pebbledash; rust appeared where concrete had spalled to reveal the reinforcing steelwork, and stale puddles gave an unmistakeable odour of neglect to the empty shopping deck.

It was with some scepticism therefore, that I received the news in 2014 that Stonebow House was not to be demolished but refurbished to create a new living and leisure experience in the heart of the city. I have reserved judgement until now, because, as my grandad used to say in his broad North Yorkshire dialect ‘Bairns and fools should nivver see a job airf dun’.

So now that Stonebow House is finished how do I feel? Well, I lament the fact that views could not be opened-up, but I accept that in this day and age the idea of turning the site into a park is wishful thinking. I also accept the fact that the architect did seriously consider total demolition and the construction of two buildings with views between, but the economics ruled it out.

I do feel, however that what has been achieved from such unpromising material has been remarkable. The ugly cubic office block has been transformed into wonderful apartments with views of the Minster and the blocky appearance has been transformed with full height glass walls in ‘golden section’ proportion. There are signs of this kind of attention to detail wherever you look. However, I did hear of one lady who decided not to buy the penthouse because she was scared of scarring her Range Rover on that ramp!

The dark dismal retail deck has been removed entirely. In its’ place John Orrell and his team at DLA Architects have created two generous double height units with glass walls which sweep elegantly all down the s-shaped frontage which is the bow in Stonebow. One unit is already up and running as a gymnasium, so the views are entertaining both for those on the exercise machines and for those waiting at the bus stops. The other unit promises to be even more entertaining, with a restaurant experience offering bars and street food from around the world.

Internationally, the kind of Brutalism that Stonebow House represents was a short-lived affair and in York this is the only example which will survive. In that sense it is an important historical ‘document’ and worth saving for that reason alone. It is ‘iconic’ because it hints at the landscape of ideas at that time – how architects, town planners, property developers, citizens and even kids thought about their environment and their future.

It is also metaphorically iconic in that it embodies our own ideas about the future – about avoiding waste by recycling: about valuing what we have rather than always seeking the thrill of the new; about adapting to change.

There are many who will always see Stonebow House as an eyesore because they are still suffering the shock of the new, but for me it is now an icon, and an icon with a lesson – ‘Keep an open mind’.