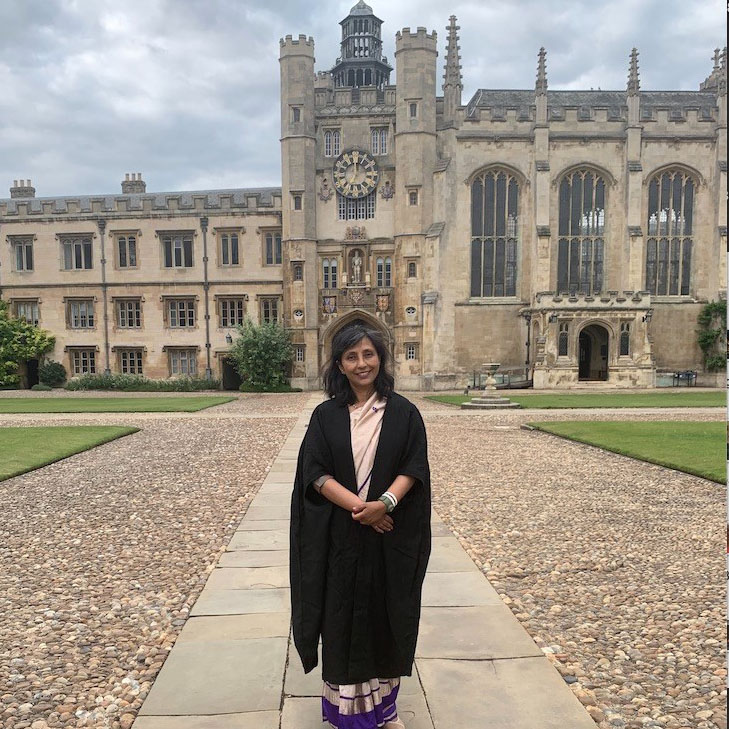 The place that changed the course of my life was Trinity College, Cambridge. After doing well in my architecture studies in Delhi, I came to Cambridge on a scholarship to study for a master’s degree in environmental design. I became the first woman to finish this ground-breaking course more than thirty years ago, leading me on a career path that put the environment, ethics and equality at its centre. For a foreign student from an impoverished background, I found Cambridge hard – the power, pageantry and privilege of British academia was a steep learning curve.

I stayed on to begin the journey that started on the historic Great Court where the first photo was taken. I had to get special permission to wear a sari at the graduation ceremony – thereby becoming the first person to do so. I felt I was reclaiming my identity as an Indian and as a woman and I have continued to do so whenever the occasion beckons.

Behind me is the famous clock tower and the chapel, which houses the statues of famous men, but does not acknowledge it’s initiation by England’s first queen regnant, Mary I, daughter of the founder, Henry VIII. The portrait of her successor and half sister, Elizabeth I, is to be found in the Master’s Lodge, while their father’s famous ‘power pose’ with legs astride is in the dining hall off the Great Court.

I re-created my original photo thirty years later when I was invited to give a talk at Trinity College in 2019. 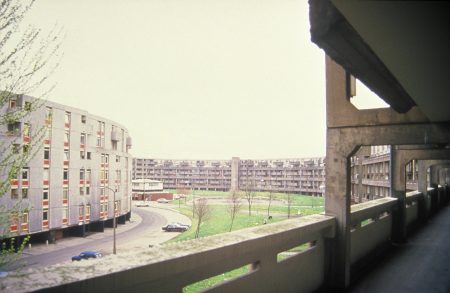 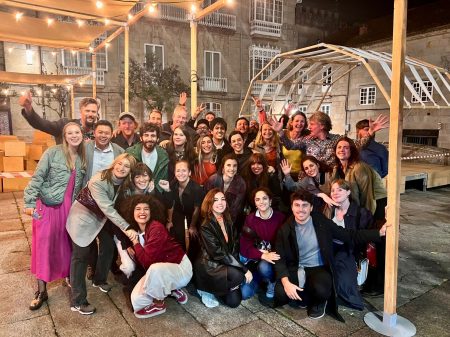