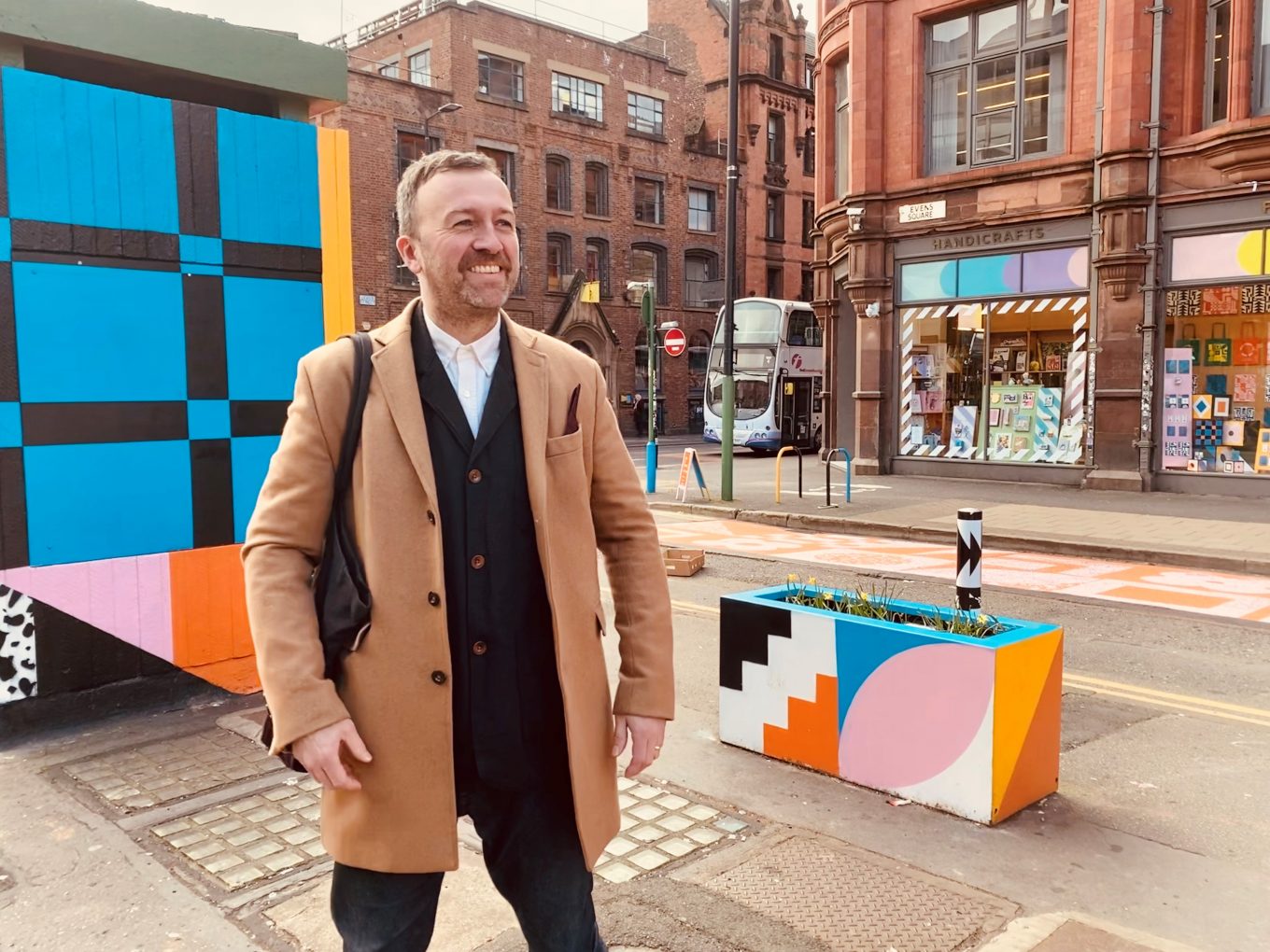 The Northern Quarter is the creative, independent heart of Manchester. I lived there for five years after ‘emigrating’ to England from Edinburgh. It was friendly, dynamic and a wee bit rough around the edges, which I liked. It was a great place to live.

Ten years on, I still enjoy visiting the Northern Quarter for a mooch around, a ‘rice and three’ (curry) or trip to my favourite record shop. I’m fortunate to work nearby.

Located on the northeastern edge of the city centre, the Northern Quarter has a fine-grained, irregular grid pattern of streets and alleys. Original, eighteenth-century artisan buildings sit next to fabulous textile warehouses and offices in brick, stone and terracotta.

There’s restored Victorian market buildings, including the excellent Craft and Design Centre and Mackie Mayor foodhall. What was Manchester’s main shopping street until the 1970s has classic, inter-war corporate architecture for the likes of Woolworth, C&A, Burton and M&S.

Inside this rich and diverse urban form are the independent businesses and retailers that give the Northern Quarter energy, vitality and destination status. Outside, there’s bespoke street signs, mosaics, murals and poetry on pavements. I’ve always liked the “And on the Sixth Day, God created Manchester” mosaic outside Afflecks (an indie market). I think it nicely sums up Manchester’s confidence and swagger.

The area’s regeneration success is down, firstly, to the entrepreneurs who saw potential and took risks. Alongside these pioneers is Manchester City Council, whose careful stewardship has been organic, incremental and underpinned by long-term political stability and officer commitment.

Success brings challenges and threats. There are pressures on independents and residents from big rent rises. Proposals to develop remaining derelict sites are often contentious and controversial. There’s lots more bars and groups of drinkers/stag and hen dos which has changed the feel of the place.

During the pandemic, the council closed a few streets, and these are being made permanent. Parking spaces and roadways are now public space for cafés, bars and milling around. The council is creating a dedicated ‘walking and cycle route’ through the area linking Manchester Victoria and Piccadilly stations. It’s also recently announced plans for 100 new council housing apartments.

These proposals give me hope that ‘My Place’ can retain its essential character and soul. I think we’re (finally) making the change to a new era of safer, greener streets and places for people.