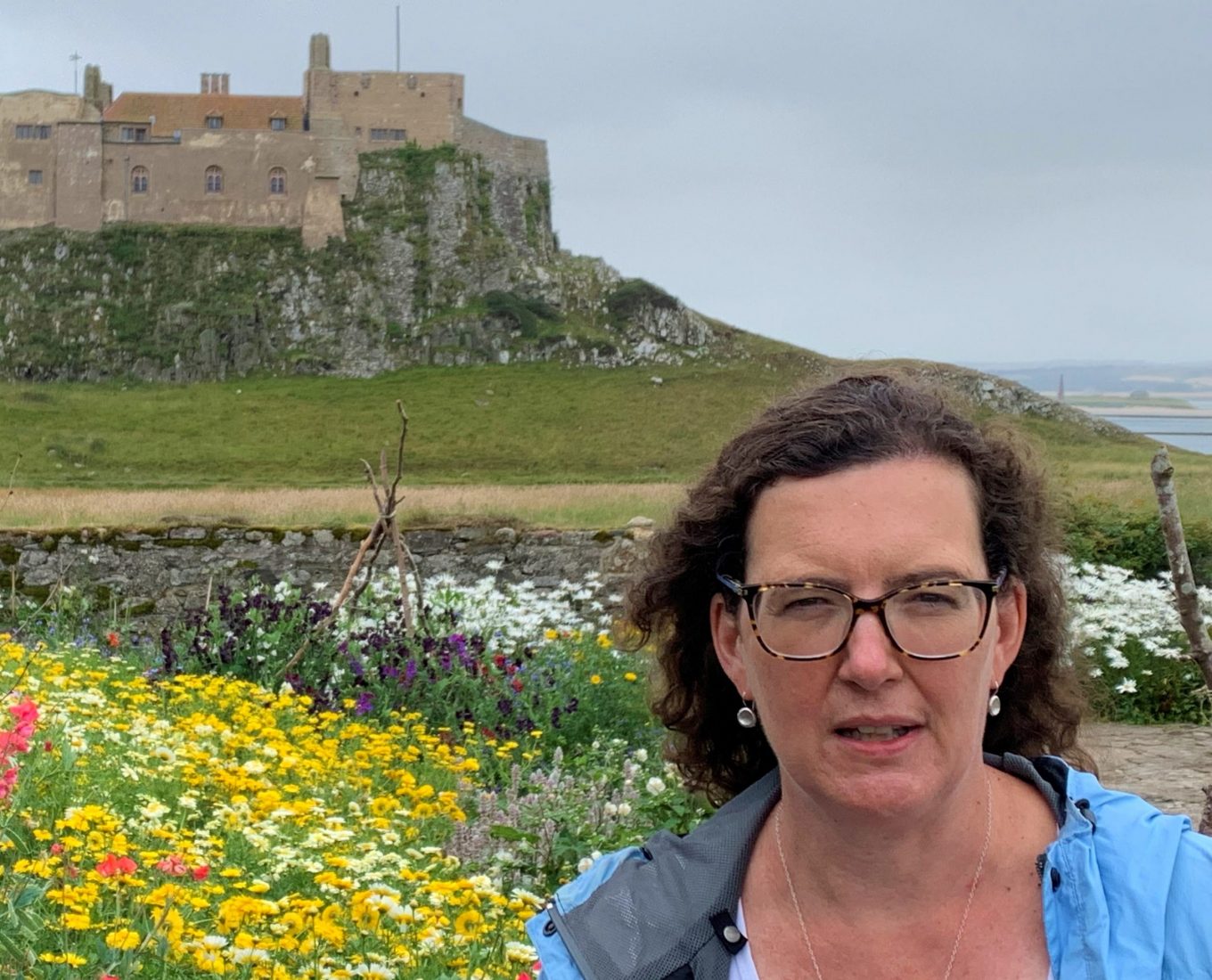 Positioned on a basalt outcrop, Lindisfarne Castle is the focal point of Holy Island. When the tide is out and the causeway open, a constant stream of day-trippers with dogs and families walk straight up to the 16th-century fort from the car park, pausing only for ice cream.

Surrounded by rough grass, grey clouds, the North Sea and salt air, a garden here is an aberration. Unless you take a left turn at the castle’s gate towards a square stone enclosure you’ll miss it – a walled Arcadia. Laid out by Jekyll in 1911, it is planted on the site of the former garrison’s kitchen garden. We stumbled across it at its height: a riot of enormous yellow daisies, pink sweet peas and blue cornflowers.

When I planned our walking trip during lockdown, the final destination was far from my mind. After a dark winter stuck in front of a computer screen, I craved movement and travel.

St Cuthbert’s Way delivered more than we could have hoped for. We ascended the ancient Eildon Hills and walked through shaded woodlands. We traversed streams and followed the curve of the Tweed. We trekked Roman Dere Street along its bracken and fern-lined path. We climbed the Cheviots, finding ourselves close to the heavens on Wideopen Hill, with not a  human habitation for miles.

It was also a holiday of serendipitous encounters, offering rare glimpses into others’ lives. Walking in tandem with others on the same route on the same day we crossed paths, pubs and B&Bs, exchanging life stories and counting our blisters.

It’s rare that when you take a journey the destination lights up and presents such an unexpected surprise – a garden as vibrant and joyous as that of Gertrude Jekyll.