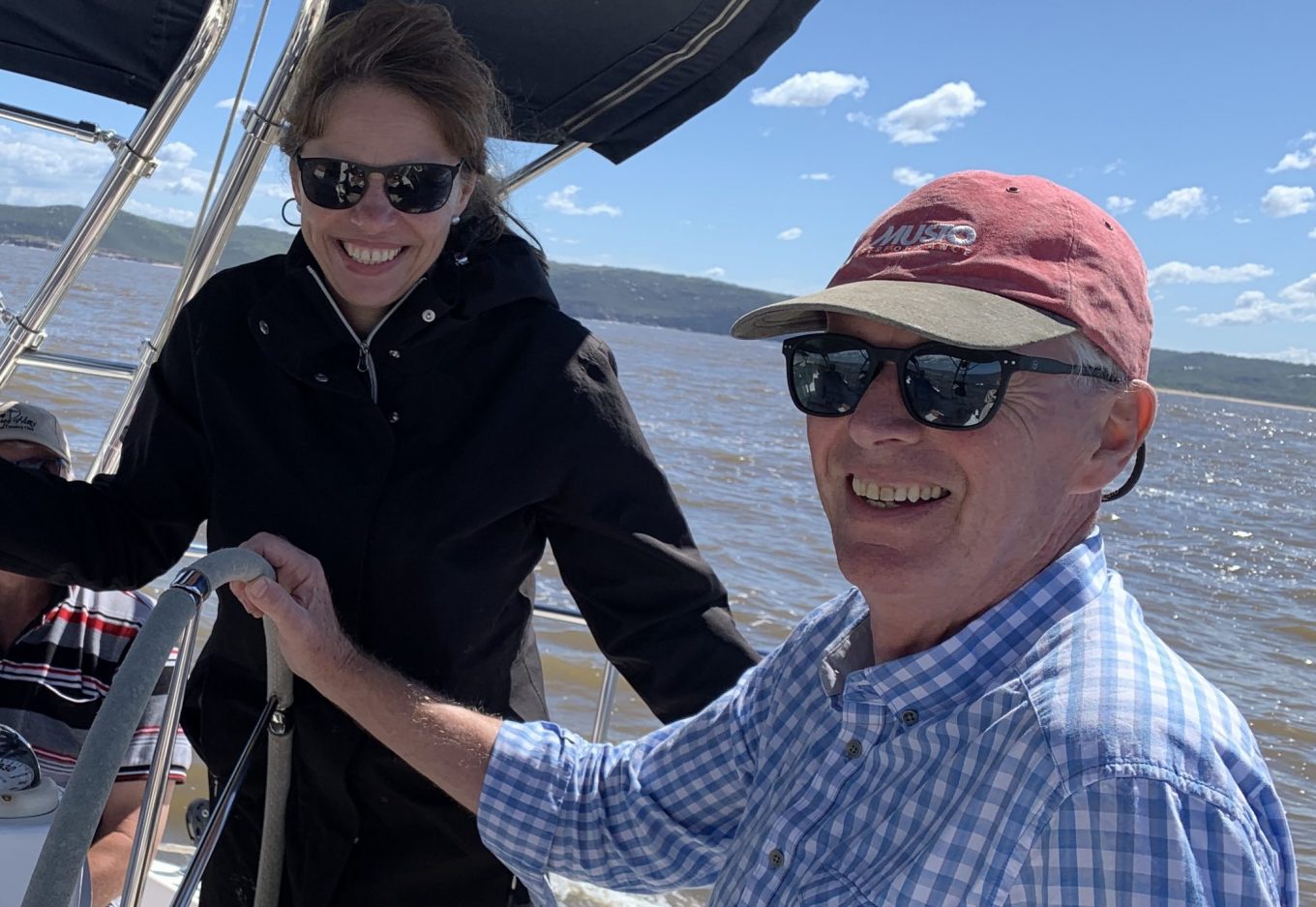 I sailed with my dad as a kid. He set up Liverpool Sailing Club, which I re-built not long ago. He also built a sailing club in Anglesey where we had our holidays. It’s still there!

So after learning the naval drill in cadets at school, where we went sailing in what is now Knowsley Safari Park, I got a job with an ex-navy bod out in the Med. He had converted an old Baltic Trader, the “Nordic Swan” to a holiday ship in the heady days of ‘trekking’, Land Rover safaris and all that. We were at the back of the brochure, under the heading “Sail Trek”.

The skipper loved that I knew all the naval tricks, orders and procedures. He would have had me saluting him if he could have got away with it.

After finishing at architecture school in Hull I designed the fit-out of a Hull trawler, which was brought back from the Faroes. We kitted it out again as a holiday vessel with lots of bunks and set off taking young passengers on scary trips across the North Sea and around the Irish Sea.

Soon afterwards I moved to Bristol and was asked to design the fit-out of a 1920’s “gentleman’s yawl”, which can still be seen occasionally  in Bristol, named “Samphire”.

Meanwhile, I introduced my three boys to dinghy sailing and one of them stuck with it and now manages the shore team for Sir Ben Ainslie in the F50 Sail GP team. That’s my proudest achievement.