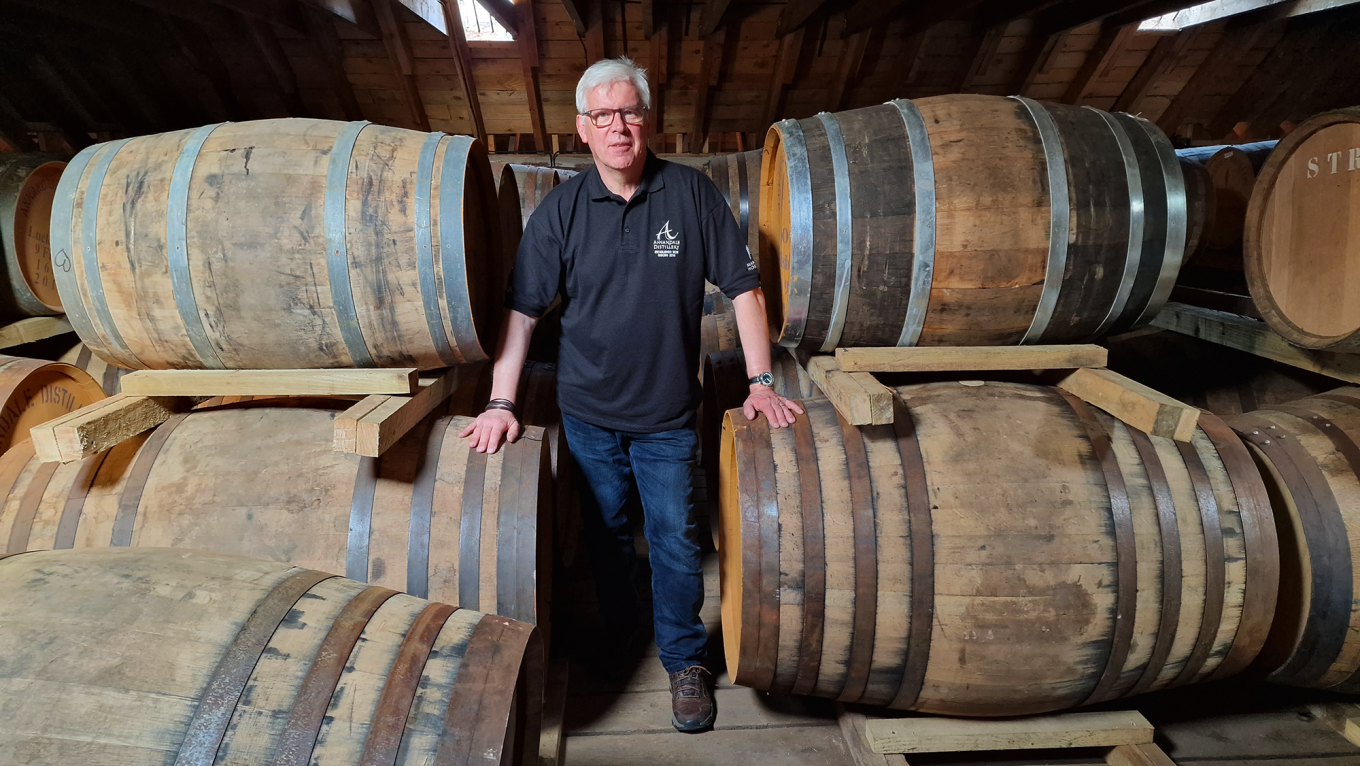 Next time you ‘tak a dram’, don’t just drink it, listen to it! Whisky has tales to tell, and words echo from the spirit of Annandale Distillery. The tales are many.

It wasn’t ‘my place’ or so I thought. A chance encounter with a genealogist put me right on that fact. Lured into the land of whisky, warriors and words I learn that George and Margaret Donald, the Distillery founders in 1830 are my 5th generation grandparents. George from Banff followed literally in the footsteps of poet Robert Burns, a ‘gager’ or exciseman as well as being the ‘Man of Words’. George, it turned out was quite productive. He gave up the day job as an exciseman and decided to start Annandale Distillery. This was in between fathering 13 children with Margaret. Must be something in the water or is it the whisky talking?

R.B. was a popular set of initials in these parts. Three hundred years before Robert Burns, we find another R.B. as 7th Lord of Annandale, the ‘Man of Sword’, Robert Bruce, King of Scotland.

To be entrusted as Cask Custodian at Annandale and to talk, write about and nurture private owners’ named casks of whisky, nestling in the original 1880’s bonded warehouse, is a rare privilege. Each cask whispers to me tales of people and place, family, and friends. Peated whisky is named as Man O’ Sword. Unpeated whisky is known as Man O’ Words.

Annandale is the family home of bygone days. My place.