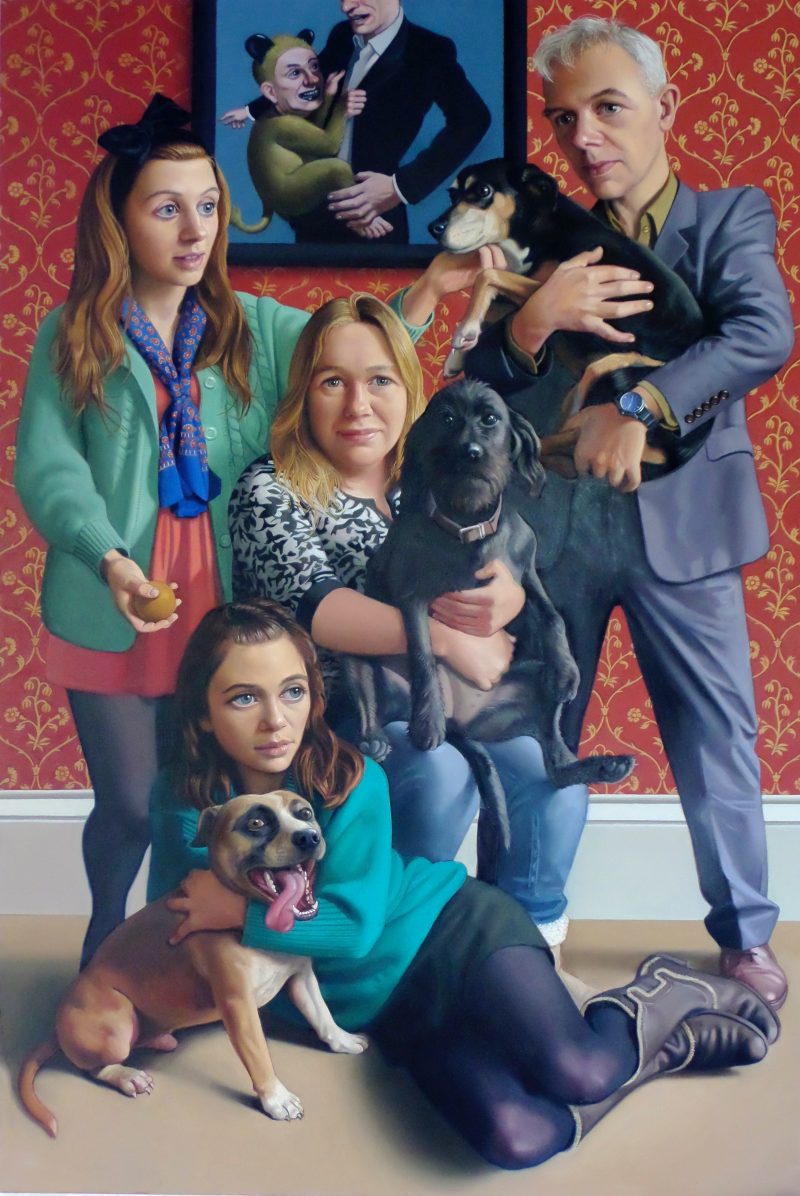 I live in a town house with my family and art.  The house has had a colourful life. Allegedly built for the Duchess of Devonshire, circa 1830, by the mid 1920’s it had been converted to a hotel.

By far, its most interesting owners were The Douglasses, who acquired the house in 1959, the young couple living there happily until they died – some fifty years later. Their new home was at first considered very splendid, with an attractive walled garden and outdoor swimming pool. Mr Douglass was accustomed to swimming naked, wearing only a bowler hat while puffing on a cigar. As enthusiastic patrons of the visual arts they were to add a refreshing injection of the avant-garde to genteel Harrogate

By the late 1980’s the house was already in a serious state of neglect. From outside, the faded grandeur recalled a set from a Hitchcock film. Inside, a flock of pigeons and a parrot were allowed to fly freely, decorating the floors, walls and furniture with excrement. Both Mr & Mrs D contracted emphysema.

We became the new owners in 2010. We have removed the trees from the roof, scraped the bird droppings from the walls, and painted the front door.  All is now well, and the house provides a roof over the heads of our family, while allowing space to display exhibitions of artwork by some of the most innovative contemporary artists.

From time to time I remember Ian and Sarah Douglass  and like to think that they might approve.