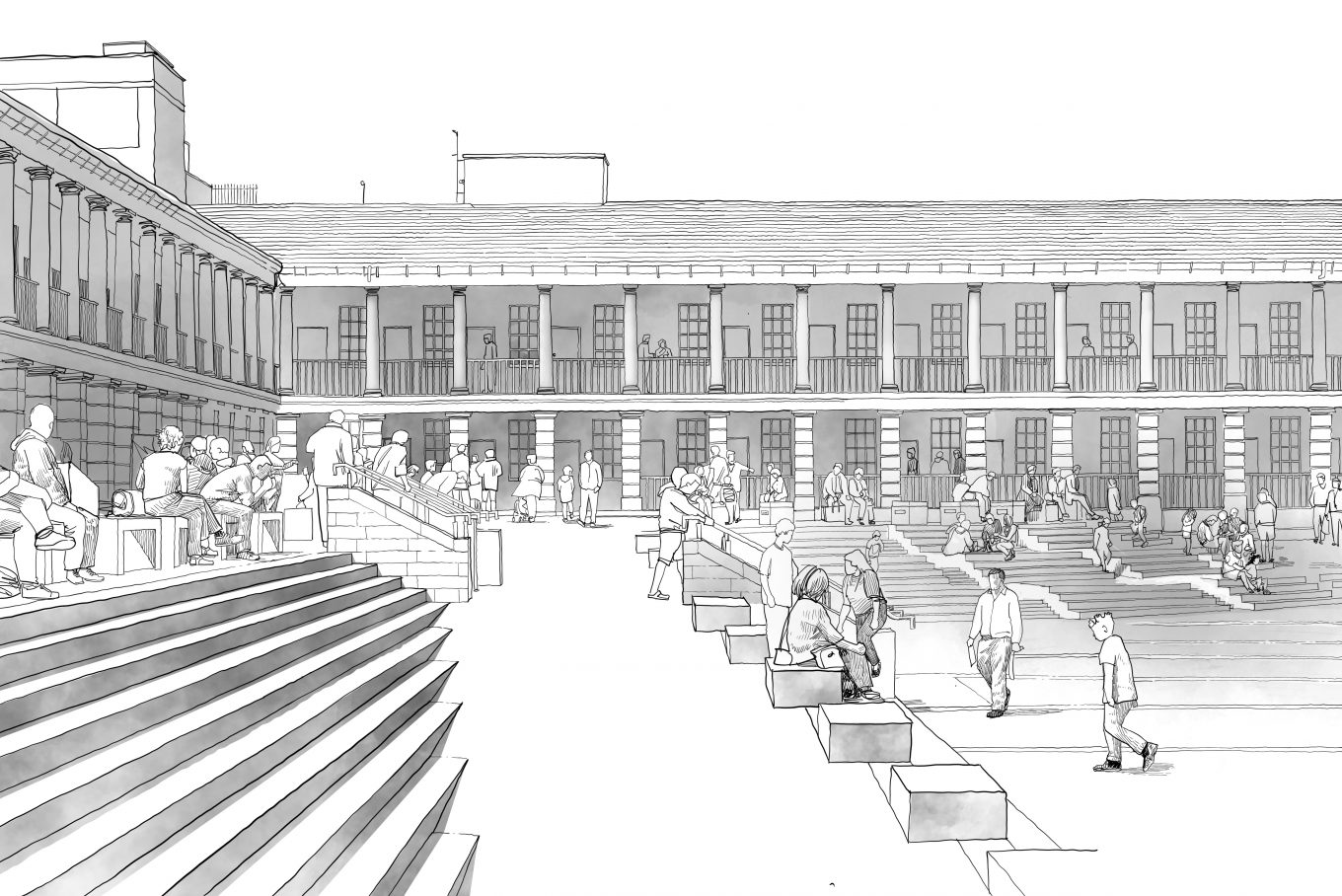 This years the great places assessment team visited three places that have been restored, re-vitalised or repurposed in the 16 years since the Urbanism Awards began. As Francis Newton describes, new and reinvigorated urban places are constantly emerging to be recognised the awards. 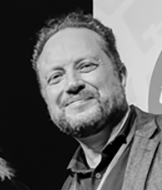 The Great Places category for 2022 took us to Yorkshire, the West Coast of Scotland and Northern Ireland, offering an impressive selection of worthy finalists each with their unique story to tell. Of the finalists we had two squares and one park with one being Georgian and two Victorian in origin – demonstrating how many successful places evolve over time, adapting and reinventing themselves in response to modern demands and expectations.

The Piece Hall is the last remaining example of a Cloth Hall in the UK and was always the grandest of these structures in the UK. Dating from 1779, it was built to trade ‘pieces’ of cloth, generally 30 yards of cloth produced on a handloom. It is unique, Grade 1 listed Georgian building with a huge open-air courtyard which has been ranked as one of the 40 greatest public spaces in the World.

By the 2000’s the Piece Hall had entered a spiral of decline with its future in doubt. In 2010 Heritage Lottery Funding was secured for a programme of restoration. The building was refurbished and the central courtyard remodelled to form a stunning public space with a new town library and archives being developed to the exterior of the building.

Strong leadership and governance are provided by an independent trust who delivered the new vision for the Piece Hall in partnership with the local council acting as facilitator. The trust has focussed on nurturing a range of independent business, to create a unique retail and leisure hub, serving as a catalyst for the regeneration of Halifax town centre. The Piece Hall also serves as a de-facto civic space for Halifax, bringing a sense of belonging and togetherness to the wider Calder Valley.

Over the past decade, the regeneration project has revitalised a stunning piece of Georgian architecture affirming its ability to evolve and adapt to the times. This is a unique historic asset which has been successfully repurposed for contemporary uses to meet modern aspirations and expectations. The Piece Hall regeneration has greatly lifted the ambition of the town, boosting the pride and confidence of local people. To quote the local MP, who joined us for the assessment visit, the project has ‘given the town its swagger back’ with the passion and sense of enthusiasm of both the Piece Hall Trust and all their tenants being palpable.

Brooke Park is a Victorian park and designed landscape situated close to the ancient walled city of Derry. Bequeathed to the City as the ‘Peoples Park’ in 1899, the park fell into decline during the ‘Troubles’ becoming a shadow of its former self. But the reconciliation, post Good Friday Agreement, presented an opportunity to regenerate the park with Heritage Lottery funding package being secured in 2008.

This ambitious and forward-thinking project has restored and revitalised a badly neglected urban park, playing an important part in community reconciliation. The park re-opened in 2016, with the project transforming a historic landscape into a significant visitor attraction and community asset with both communities reconnecting with the space and restoring civic pride. The leadership of the local authority is to be commended for their delivery of the project and their ongoing stewardship of the park, also recognising its contribution as a critical piece of green infrastructure.

This finalist also excels in social and community development through its efforts to maximise the health and wellbeing agenda, through the range of local community and social activities for disadvantaged groups. The presence of local base for The Conservation Volunteers and the Derry & District beekeepers greatly enriches the park’s offer within the wider community.

The town of Helensburgh situated on the Firth of Clyde, represents one of the finest planned towns in the UK, being developed around formal grid. The centrepiece of the town centre is Colquhoun Square, contained by several imposing Victorian and Edwardian buildings.

In response to numerous challenges being faced by town centres, the local Council commissioned the CHORD initiative resulting in a £7.2 million capital project to redesign Colquhoun Square and the principal surrounding streets including the town’s esplanade.

The Helensburgh CHORD project including the remodelling of Colquhoun Square is noteworthy for its robust engagement process and as an exemplary forward-thinking piece of urban design, also incorporating an innovative ‘Outdoor Museum’

The project has sought to embrace new policies and initiatives, not least that reflected in the Scottish Government’s Designing Streets policy guidance. This enabled the predominance of the car to be challenged, allowing traffic to be removed to create a people centred civic space.

A recurring theme evident in many Great Place finalists how to strike a harmonious balance between attractive public space and commercial pressures. In some instances, we have seen how the intensity of event programming can impact upon the character of places for large parts of the year – Roald Dahl Plas, Cardiff and Old Market Square, Nottingham perhaps being the most notable examples, where the staging of events can provide a substantial income stream for cash strapped local authorities.

This year all finalists seem to have achieved a good balance between various competing interests. For the Piece Hall, we learnt how the Trust carefully curates the Piece Hall’s offer, effectively balancing and managing competing interests, guided by the ethos of ‘Be creative, be bold, but don’t be greedy’. It is impressive to see how the mix of uses and intensity of events within the space allow the outstanding qualities of the public space and architecture to be expressed.

In Helensburgh, the remodelled Colquhoun Square was purposely redesigned to host events such as farmers markets and concerts, with effective programming to ensure that such events do not dominate the space. Brooke Park has opted for a similarly low-key approach, placing an emphasis on hosting smaller scale community events that suit the character of the parkland setting – this approach allowing the qualities of the place to be borne out.

With several of the recent finalists, we are also witnessing an increasing awareness of environmental sustainability, this perhaps demonstrated by the 2019 winner; Connswater Community Greenway in East Belfast, which saw the revitalisation of neglected river corridors as a community asset, driven by a strong environmental awareness. This year Brooke Park underlined the importance of environmental sustainability in management practices, with planting and maintenance regimes adopted to promote biodiversity.

There was also a recognition that historic building stock such as the Piece Hall need to be retrofitted in order maximise environmental performance, and the challenges this can present. Design responses towards climate change and environmental standards are also rapidly evolving and for the Colquhoun Square scheme it was noted by the lead designer that the project design would now be approached differently today than it was a decade ago.

All these assessments have proved enriching, and the Academy would like to acknowledge the efforts of our all hosts (Derry City & Strabane District Council; The Piece Hall Trust; Argyll & Bute Council and Austin Smith Lord – Architects & Urban Designers) in bringing the places to life through their commitment, passion and enthusiasm to create a strong and lasting impression.