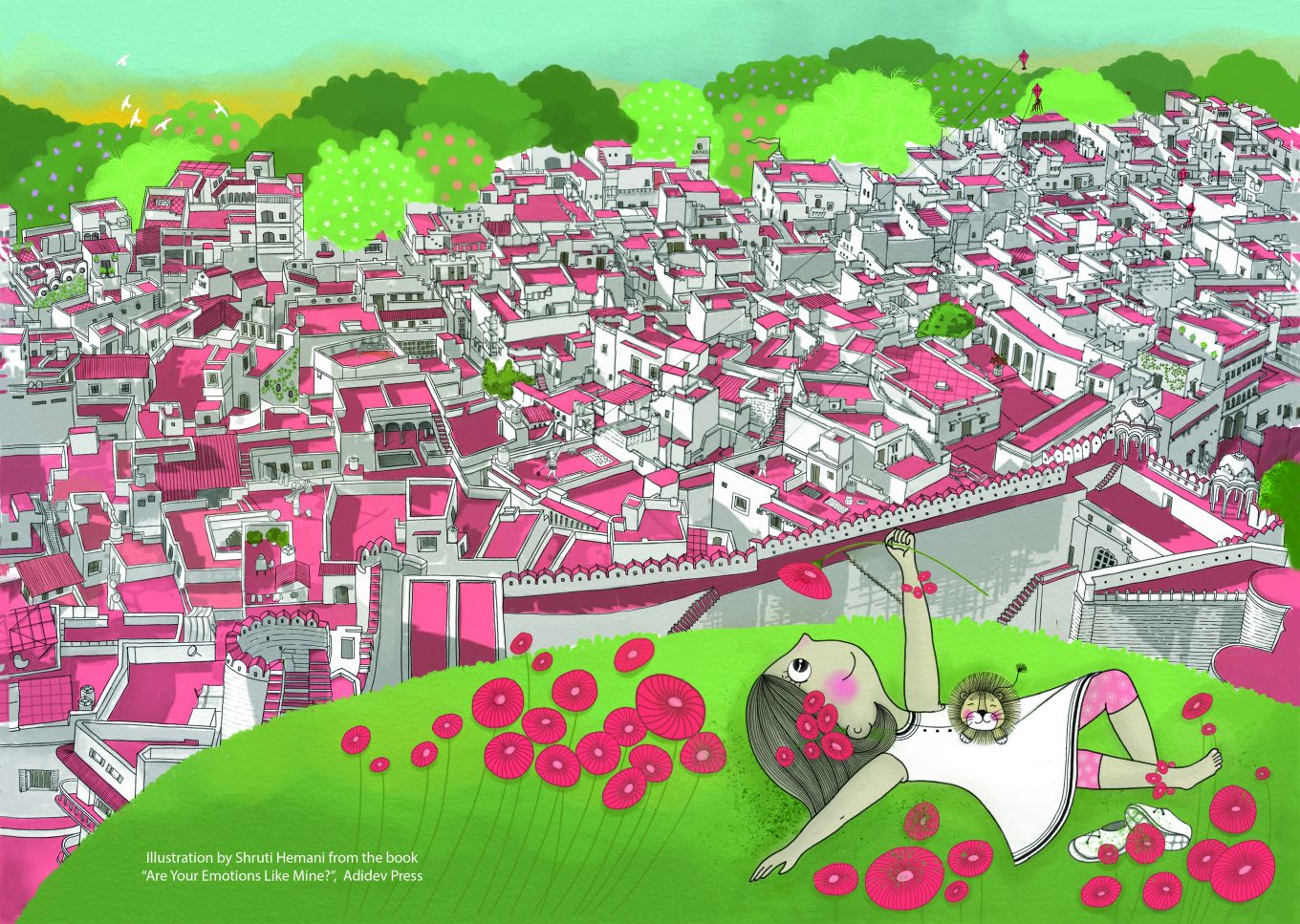 This illustration was made for the book “Are your emotions like mine?” published by Adidev Press. It is part reality, part fantasy. It takes inspiration from the historic core of Jodhpur city as seen from Mehrangarh, one of the largest 15th Century forts in Rajasthan. While the fort itself is an ode to Rajputana grandeur and architectural charm, the view it offers of the city’s labyrinths spread around it is no less impressive.

When the author and publisher Chitwan Mittal asked me to include a cityscape in the read-aloud picture book on emotional awareness for children that I had been illustrating for her, I was delighted to draw one. As an urban designer from India, this was a great chance to showcase one of the traditional Indian cities just when they seem to have little representation in books for children.

Present India is made up of smaller urban centres with deep rooted traditions symbolic of a region. Throughout the book, patterns, decorative details and line accents are used to represent the range of emotions a child goes through during the day, including a jumble of colourful lines springing from the heart of the little girl.