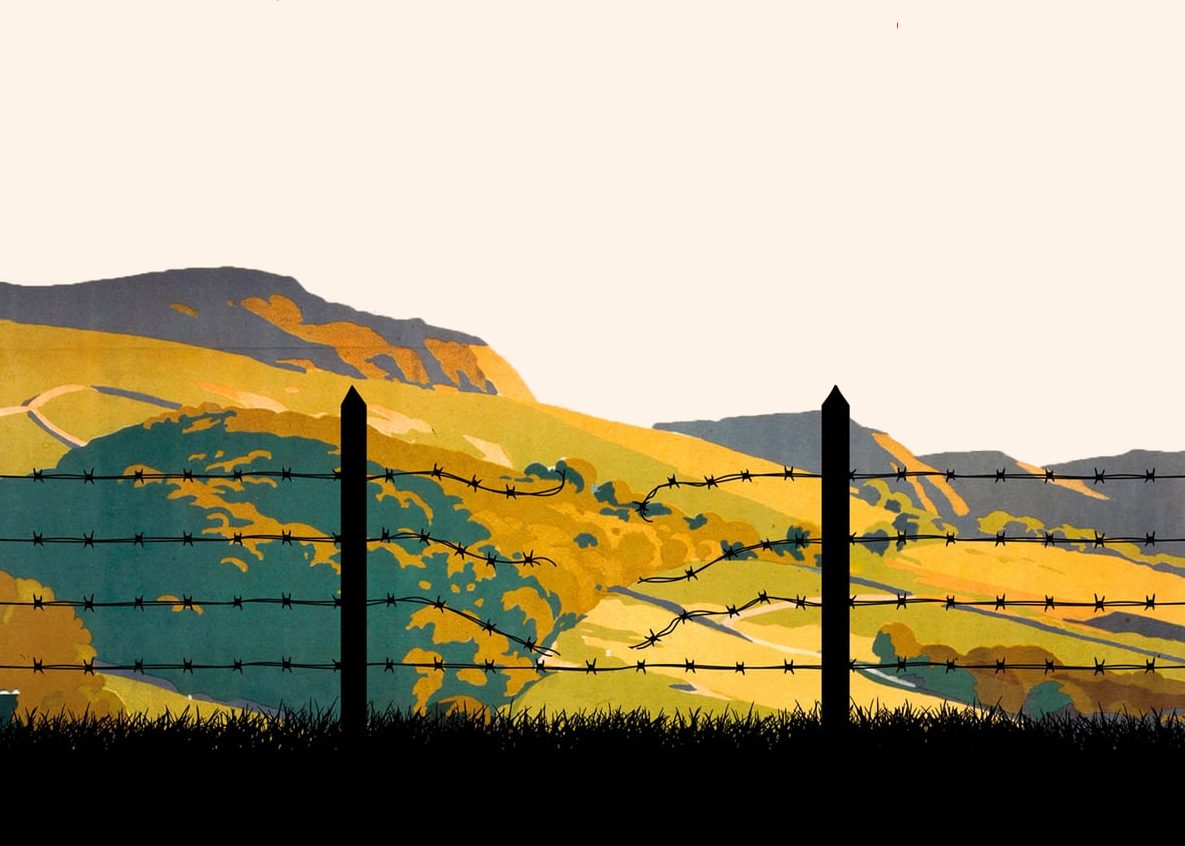 The unasked question that affects so much of what we do as urbanists is who owns England? Nicholas Falk reviews Guy Shrubsole’s important book, subtitled ‘How we lost our land and how to take it back’ that sets out to answer this question and more importantly what we should do about it.

An exhilarating book on one of the most fundamental issues for better urbanism analyses who owns most of England, and comes up with an agenda of badly needed reforms. The book starts with the fascinating history of how we the people lost control of our land. As little as 5.5% of England is occupied by homes, including gardens so even in our supposed home-owning democracy the land is definitely not owned by the people. This unequal ownership of land is according to the author and activist Guy Shrubsole is “our oldest, darkest, best-kept secret”. It is only now with the advent of digital mapping and freedom of information requests that the story can be told of how 1% of the population came to own half of England’s land.

It all started with the Normans. Before the conquest there were around 4,000 Saxon Thanes thanes who owned large parts of the country who’s land was redistributed to around 200 barons after the conquest. The church went from owning a quarter of the land to owning half a percent today. Common land was largely extinguished by the Enclosure Acts that gave land over to sheep, from 27-30% in 1600 to perhaps 2% today owned by conservation charities.

Today the public sector only owns an estimated 8.5% of England, local government accounts for half of that, and therefore has considerable leverage if it were to use it. The aristocracy, many descended from those 200 Norman Barrons still own 30% of the land. But what stands out is the growth of ownership by new money, often foreign with companies now owning 18% of the land. The example of Legal and General is cited who own 3,550 acres as strategic investments, largely in the greenbelts. However, as it has only been possible to map 10% of land, the full picture is hard to know. What is fairly certain is that relatively few people or organisation own the bulk of the land, so that 36,000 land owners own half of rural England, and some 30 individuals or organisations own 44% of West Berkshire, a potential growth area.

The question is why this is not higher up the political agenda. In the short period between 1980 and 2003 home ownership in England rose from 55% to 71%. So the vested interests in rising property prices are huge and well organised and it is not surprising that the political parties talk a lot about planning and the housing market, but have little to say about land ownership and property taxation.

Having reviewed the many unsuccessful attempts to control land price inflation, including the stirring attack by Winston Churchill in 1909 on owners who sat on their land to watch it rise in value, Guy Shrubsole ends with a series of sensible proposals. He starts with a Land Reform Act to end the secrecy over ownership and stop owners hoarding land. Alas by dealing with the issues so comprehensively the author is bound to antagonise all the most powerful interests in the land. But does he get to the heart of the issue.

Perhaps a more powerful case could be made for resolving the issue of who owns all the land within a kilometre of a town centre or train station.  England could learn from Scotland, where the Land Commission has made some progress.  Even faster progress could be made if the reform of property taxation were used to make land assembly for development easier in the right places. At present far too much greenfield land is nibbled away for housing estates that are cut off from facilities, while more suitable land remains idle.

The powers of data analysis and mapping, using GIS, are truly phenomenal. Now what is required is to focus on the land with most scope for improving health, equality and general wellbeing, not to mention saving carbon  emissions. Perhaps we should leave the country land owners (and their wealthy guests) to the joys of hunting, shooting and fishing , while making access to the countryside easier, and concentrate on renewing the areas where development would bring benefits for all?

Who Owns England?  How we lost our land and how to take it back, Guy Shrubsole, William Collins, 2020