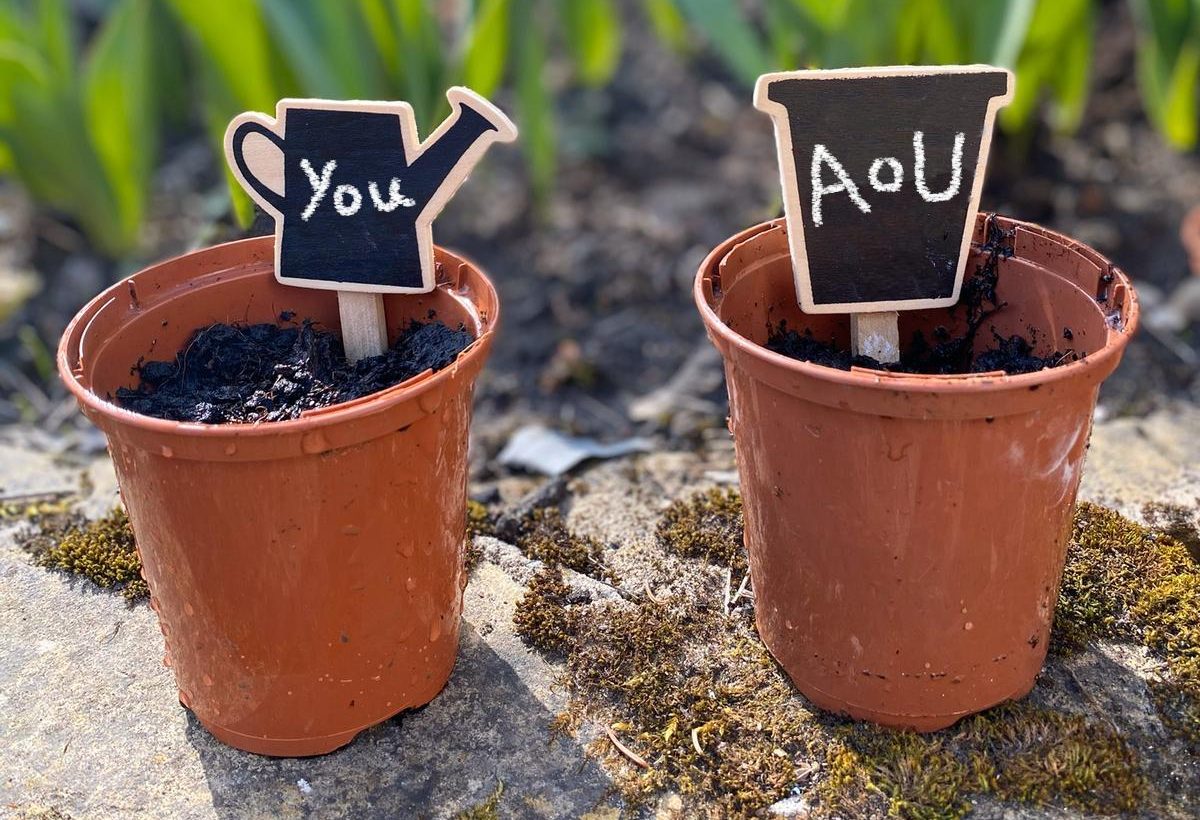 A year since joining the Academy, Rachel Howlett reflects on her task of developing the AoU in Scotland and the birth of the popular ‘Coffee Break’ series

Over the last year, I have been The Academy of Urbanism’s research assisant based at the Glasgow Urban Lab (GUL), which sits within the Mackintosh School of Architecture at the Glasgow School of Art (GSA).  I started in the autumn of 2019 and set to work networking, getting to know the Academy, and organising social gatherings to learn about the needs and aspirations of members across Scotland. One of the concerns was how to cover Scotland’s extensive terrain – there are towns and urbanists on all of Scotland’s principal islands.

Then, from February 2020, it seemed that the pandemic would stop me putting this initial work to good use.  I felt I was just beginning to get to know our members professionally and socially, and now could no longer meet.  I was working from home, making countless cups of tea for myself and missing the chats I used to have with my colleagues over a drink.  I wondered how we might recreate the atmosphere of a friendly cuppa, fielding the idea to a few stalwart AoU members. They were enthusiastic so I created a flyer, further investigated this ‘Zoom’, and pencilled the beginnings of an AoU Coffee Break in the diary – but first, a step back in explanation of the Academy’s Scottish partnership.

A particular focus of the AoU partnership with the Urban Lab has been to grow and strengthen the urbanism network in Scotland. The Lab’s purpose itself is to develop the relationship between research, practice and education within the field of urbanism, with a focus on design, regeneration and placemaking; a purpose which strikes a chord with the work of the Academy. The Lab developed as a research unit from 2007 onwards and continues to be a collaborative venture between the School of Architecture and Glasgow City Council with memoranda of understanding with the AoU and the United Nations Economic Commission for Europe (UNECE).

Since devolution in 1998, the Scottish Government has made decisions at a more local level on matters including the economy, education, health, justice, rural affairs, housing, environment, equal opportunities, consumer advocacy and advice, transport and, in a more limited way, on economy and taxation. This adds a specific policy context within the nation, and therefore different areas of interest, specialism and focus for AoU members based, or working, in Scotland.

My role as Research Assistant is to advance the principles of the AoU within Scotland, contribute to the Regions and Nations programme, and to undertake research in urbanism.  Initially this involved background work such as developing a picture of membership through the organisation’s records, consulting the results of member surveys, and organising meetings and informal gatherings.  Amongst other events, we were also pleased to support the UNECE City Living Conference in Glasgow, and collaborate on the Integrative Placemaking event with the University of Dundee.

In February, I began the research element of my role with the Place Commission, a body convened by City Urbanist Professor Brian Evans AoU, also Head of Urbanism at GSA.  The Commission is comprised of individuals from a range of design and development backgrounds, as part of an open dialogue between communities, design practitioners, developers, and city partners about the priorities for Glasgow. The Place Commission process seeks to generate a clear, cohesive narrative to influence the direction of Glasgow’s development, and champion a place-based design approach. I began to gather evidence in relation to the policy and context of Landscape and the Green Network at the everyday, metropolitan and international city levels, with a view to informing future work of the Commission and Commissioners.

In March, with awareness growing of the coronavirus, and the likelihood of pandemic status, the mechanics of my role, and working life, began to alter. The most immediate change being to our scheduled events programme. A series of workshops had been planned around Scottish Government’s early call for ideas for National Planning Framework 4, and the first was held in person.  Subsequent workshops were postponed as the scope and severity of the pandemic became apparent. During this time the Scottish Government delayed the deadline for submission of ideas, and a small window of opportunity opened up. Within this opening, there was space to consider how to reconfigure both workshop and materials for an online environment, as well as a need to plan out and test how to do so. Pondering this, and how to recreate informal chats over a cuppa, the AoU’s Coffee Break was born.

The breaks began as a series of weekly sessions which aimed to provide an informal space for AoU members to continue to see other faces; as well as to become comfortable with the use, and functioning of, online platforms such as Zoom. To this end, initial sessions included exploring how features within the programme worked (including unmute!), passing prior or gleaned knowledge between each other, and sharing suggestions, thoughts and feedback. During such an unprecedented crisis it felt important to offer members a supportive space, especially with the sudden move into home working removing usual support structures, such as seeing colleagues in the office.

It soon became clear that the lockdown would continue well past the initial three weeks announced, and that future events of any scale and type would remain online. This meant that a certain amount of upskilling and adjustment would be needed; both to achieve this and provide the best experience for members. This included learning how best to run an online workshop; use online meeting software and retain interactive elements; use video editing software to disseminate sessions; and in general how to transfer teaching and facilitation skills to an online environment, retaining a collegiate ethos.

One particular challenge with the Coffee Break was to foster a welcoming and friendly environment within the digital domain. The name of the session was chosen to highlight that it was a chance to have an informal chat, as much as to discuss or learn more about a specific topic.  The breaks were kept deliberately short so they didn’t feel like something a lot of time was needed to be set aside for.  Members were encouraged to suggest topics, to speak on themes of interest, invite others from their network to speak, and in so doing, expand the reach of the AoU in Scotland.

Coffee Breaks have been on a wide variety of topics, within the ethos and interest of the AoU. Most sessions are available on the AoU’s YouTube channel, but I have picked out a few of my personal favourites:

Tactical Urbanism – space for people
For this session, Heather Claridge AoU and Daisy Narayanan AoU were joined by RTPI Scotland Convenor Irene Beautyman to discuss how tactical urbanism could play a role in cities’ response to the pandemic, and create additional space for people to move around safely.

Nature-Based Solutions: Connecting Nature
Young Urbanist Sean Kelly joined us to share his experience of working on this EU Horizon 2020 project, which sees a place-based approach with nature-based solutions taking centre stage. Glasgow being a front runner city in this initiative.

The Transformation of Fraser Avenue
Ewan Anderson AoU told the story of the regeneration of this area of Inverkeithing, Fife, which included the realignment and opening up of the existing ‘canyon’ formed by the main street, staggering the street layout, introducing green space, and the relocation of shops. Existing residents and the community gave significant input, and the project team worked closely with Kingdom Housing Association.

Dark Days
Artist and activist Ellie Harrison joined us to reflect on her work cited within the city, and in particular to discuss her 2015 piece ‘Dark Days’ where 100 members of the public were invited to spend the night in the Gallery of Modern Art, Glasgow. This led to a discussion around the repurposing and reprogramming of existing buildings.  Perhaps a lesson in response to the reduction in large office space rentals which we are currently seeing as a result of the pandemic.

Building a sustainable food system, the Locavore experience
With the Covid-19 pandemic highlighting the need for food security, and this further compounded by complex supply chains, the climate crisis and Brexit, we welcomed Reuben Chesters, managing director of Locavore; a Community Interest Company. Reuben shared his experience of setting up the business, Community Asset Transfer and community growing.

More recent Coffee Breaks have been chaired by members of the Advisory Group of the AoU in Scotland, which began meeting in lockdown. This group brings together 17 members across a variety of disciplines and membership types to support and shape the focus of the Academy in Scotland. Through the group taking this role, we hope to further increase the links and the dialogue between members.

My first year as the research assistant was very different from how I imagined it would be. The pandemic has changed our lives greatly, and it has been a challenge for all across society to adapt to the current normal. Despite these difficulties, the year has been rewarding and judged a success in terms of building on the capacity of our members, connecting people together, and strengthening the network within Scotland. The Research Assistant initiative has also bolstered the foundations of the AoU in the Regions and Nations, and the experience in Scotland could provide a model for future work.

Though difficult, the pandemic has also enabled us to develop a digital network and supporting infrastructure that should be retained to allow us to move to a digital-physical hybrid in future. The Academy’s mission remains to understand, promote and celebrate what makes great places, and to apply these lessons to the improvement of towns and cities across Europe and beyond. The tools we have to achieve this now include the digital overlay borne out of lockdown.

As for the actual coffee – I’m a tea drinker myself – but refer you to the Mayonnaise Jar and Coffee anecdote (widely available online) which posits ‘There’s always time for coffee with friends’.