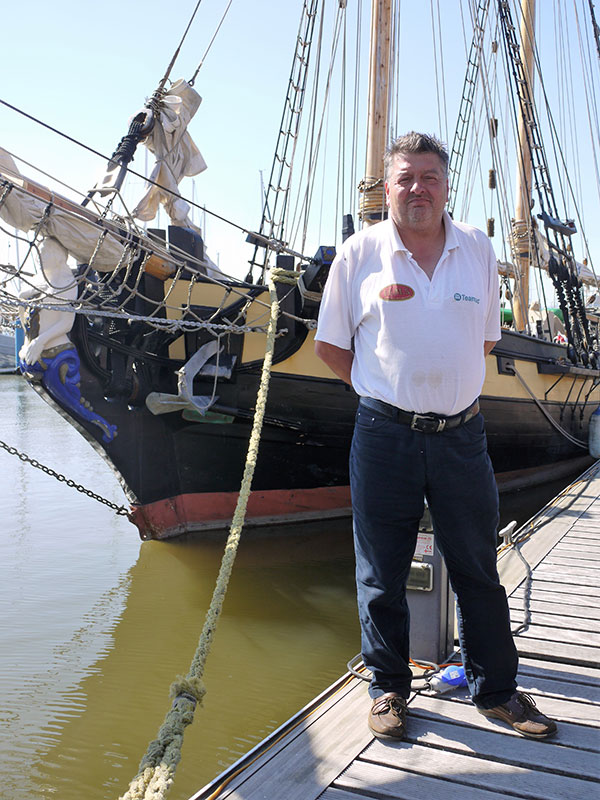 I’m not a Yorkshireman, I’m from just across the Humber in North Lincolnshire, and I think they are crazy on this side of the river. When I was a kid, I used to travel on the steam paddleboats that crossed from New Holland to Hull until the Humber Bridge opened. They lost one boat to Hartlepool, another to London, and the last one they cut up for scrap.

It’s the same with my Humber sloop. Anywhere else in the world she would be recognised as a unique example of a type of sailing vessel that was developed right here in Hull. But here nobody knows or cares.

The vessel alongside me is a sloop too, a Bermuda sloop and an exact re-creation of HMS Pickle, the ship that brought the news of Nelson’s victory at Trafalgar. The original had a strong connection with the Humber as well, for it was here that she was modified from her role as a privateer by the Admiralty. I see it as my place to tell the people of Hull about their neglected and forgotten maritime history.

But if they won’t listen, I can always beat down the Spanish Main in a ship from Nelson’s navy, or sail off to Rotterdam in a Humber keel from before the war, or for a real change of scene I can beat up Knockhill circuit in my 1959 Ferrari Formula One car. My wife thinks I am crazy. What do you think?