Increasingly stations are seen as an engine for growth and development. But their history means that they are often located in areas that are neglected and hard to access, quite literally on the wrong side of the tracks. Willie Watt reflects on how his practice has overcome these issues in Dundee and what lessons this holds for other places. 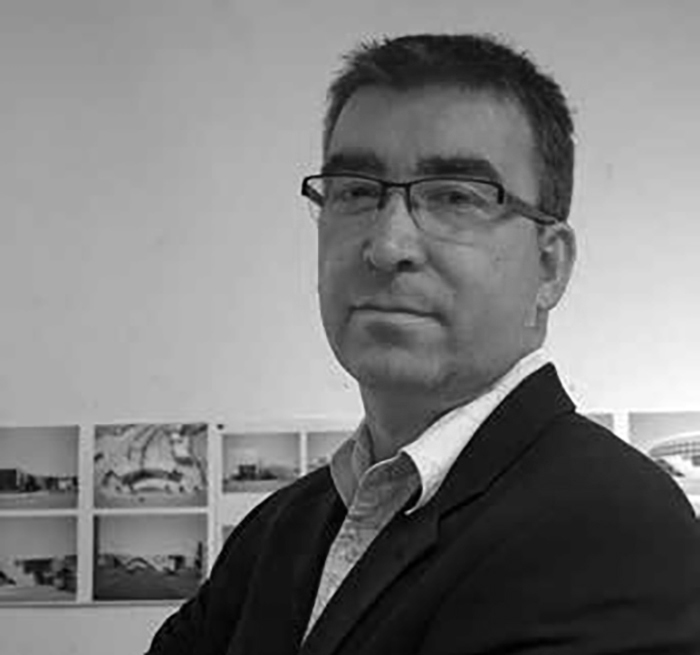 In July 2018 my colleagues from Nicoll Russell Studios, Jacobs and Dundee City Council celebrated the opening of the new mixed-use air-rights regeneration of Dundee Station. The aim had been to transform the role of the station and its relationship to Dundee. Before the pandemic it was working with passenger numbers increasing by up to 30%.

The old station was similar to countless other stations across the UK in places like Dundee. It was located outside the town centre on the wrong side of the ring road next to the docks. Its regeneration offers many lessons for other stations ripe for regeneration, not least because of the leading role played by Dundee City Council.

Our scheme for Dundee Station includes a 120-bed hotel, restaurant and office suite. The centrepiece is a large arch through the hotel to create a grand entrance to the station. This is in sharp contrast to the 1960’s station where the modest pedestrian entrance faced away from the town. The new entrance opens onto a major new public space leading to both the new V&A and the city centre. The arch vaults over the East Coast Main Line and both celebrates the station as a gateway to the city but also to the rail network. The archway leads down through an escalator hall which takes the traveller down to the platforms below. It also links pick-up and drop-off locations, taxis, rail replacement buses (when needed), parking and a new enclosed cycle park.

Each part of the mixed-use development has its own public face and its own identity. Conversely the new-found scale of the development offers the station an urban grandeur which it would otherwise not have, celebrating the station as a gateway for commuters, tourists, visitors and Dundonians alike.

Much has been written regarding the opportunity for development to catalyse the enhancement of the railway. Such development has taken place in London, such as Kings Cross and Paddington Basin, and also in larger cities like Manchester. Over recent years it has also become more common in smaller towns and cities like Dundee.

The idea is to promote commercial development on underused land around the station and to use the value generated to improve the station and its facilities. Such development is, by its nature mixed-use with multiple and, at times, competing challenges to be resolved.

Many of these challenges relate to the functioning of the railway as a highly complex ‘machine’ that is often a stress point so that there is a need to finely mesh the ‘gears’ of the station with those of the much larger machine of the host town or city. Other challenges relate to the commercial pressures on surrounding development. These need to be viable and attractive to developers and to generate sufficient value to reinvest in the station.

If these challenges can be resolved there is the scope to celebrate the role of the station within the urban realm beyond mere functionality. We must also create great places, visual gateways, places to dwell, restaurants, cafes, shops and public realm to reflect the station’s key role in the passenger’s overall door to door journey, but also in recognition of the station becoming an urban centre in its own right. We cannot afford today’s competing challenges becoming tomorrow’s constraints.

In preparing our work on Dundee station the team took a tour of stations across the country. It was clear that those dating from a period of retrenchment in the 1960s demonstrated only too well how a narrow focus on functionality undermined the passenger experience as well as lacking the flexibility that the railway now needs as it enjoys a new renaissance. So as plans for housing, hotels, offices, restaurants and retail are considered around and above our stations how do we celebrate the railway? How do we ensure that the railway does not drown in a cacophony of visually and functionally competing elements?

Network Rail’s Station Design Principles are a useful starting point. They cover protecting crowded places, pedestrian flow, legibility, permeability, revenue protection, access for all and wayfinding. They also provide a rationale for public space, the sequencing and scale of spaces and architectural prompts to ease understanding and navigation through spaces.

What the design principles don’t necessarily do is celebrate the station. The railways were one of the first industries to develop their own built brand identity. The Victorians bequeathed us a proud architectural heritage and demonstrated how to master mixed-use development. As the railway’s renaissance continues apace supported by development, 21st Century mixed use solutions can therefore learn much from St Pancras and other Victorian stations.

In that regard Dundee Station tackles many of the issues raised in the Centre for London’s ‘Ideas Above Your Station’ which focuses on the development potential of stations in the capital. Dundee therefore offers an approach to the development of so many more stations across the country not just in the largest cities.

Willie Watt is a Director at Nicoll Russell Studios and their work on Dundee Station is featured in the Campaign for Better Transport’s publication Development Around Stations.