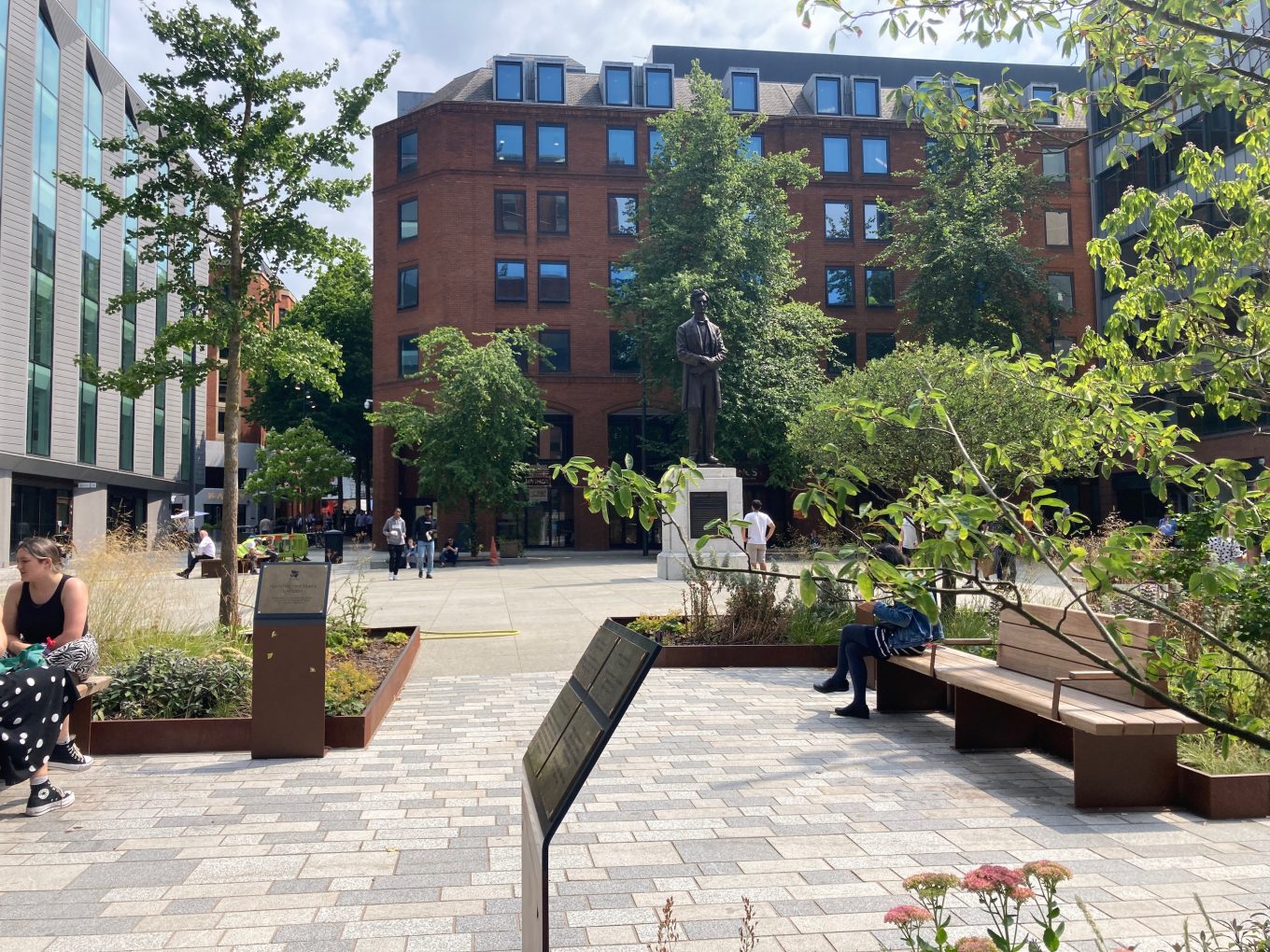 One sunny lunchtime in July, Lorenza Casini and Morag Rose met for a walk through Lincoln Square in Manchester site of the relocated Manchester Peace Garden. Here they reflect on the power dynamics that shape public spaces 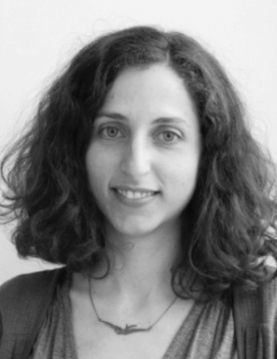 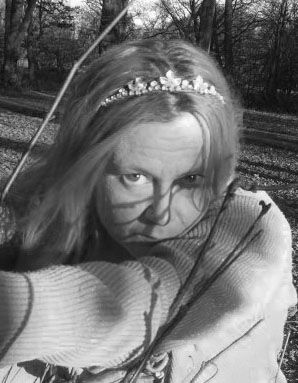 Our friendship and collaborations have developed over more than 15 years. We are bound by a love of walking as a tool to explore, experience, understand and interrogate our urban spaces. We met through Morag’s work in the psychogeographical collective The Loiterers Resistance Movement (the LRM) and together co-lead several explorative walks with the Manchester’s Women Design Group (the MWDG). So when invited to contribute to this journal we took the chance to do what we love best and went for a walk, exploring a part of the city together by being in it and observing the large and the small details.

Our choice of Lincoln Square was prompted by a recent twitter discussion about the inclusivity and accessibility of the newly redesigned space. In particular, skateboarders were being criticised for using the square as a meet-up place, sparking a debate about who the city is for; who has right to access and use the city; how do different users and needs coexist (or not) and much more.

We both strongly believe in the importance of democratic access to public space and an inclusive processes for shaping of our cities. It is important to recognise the value that the city holds for all its citizens and the principle of the city collectively holding and representing all the voices of its residents – as well as visitors. No city user is more equal than others.

‘these sculpted leaves look beautiful and tactile, but there is actually quite a perverse undertone‘

All public space is layered, both in terms of its historical development but also how it is seen and appropriated by different groups. We want to question the power dynamic that shapes urban spaces and how it reflects the views of different groups. How do we layer the space, which layers we choose, and which we leave hidden?

Looking at the palette of materials used in Lincoln Square and its surrounding buildings, we can see the relationship to the layers of history of the city.  We traced a thread from the Victorian red bricks, the decorative terracotta and clay to the weathered steel in the garden reinterpreting the red brick in a modern way. The new Brazenose House breaks continuity by choosing a contemporary grey and glass frontage. The international connections which enrich our city are represented not just by architectural trends and imported materials but by the eponymous statue of Abraham Lincoln.

We poured over small, beautifully crafted metal leaves that adorn the benches. More public seating is very welcome, it offers respite, improves access and encourages conviviality. However, those design details represent not just peace but a paradox. They attract attention but are also intended to repel interaction by unwanted users, such as the skateboarders. This left us uneasy as young people are frequently scapegoated and we believe their needs should be considered in design. We wondered why, for example, active travel policies don’t tend to incorporate skateboarding. On a later visit Morag saw security moving skaters on.

We cast our memories back to the original Manchester Peace Garden in St Peter’s Square that felt like it had been in managed decline for some time, despite its symbolic importance. We noted the power of such an act, for a city to actively remove a Peace Garden. The site is now occupied, somewhat ironically, by the city’s Cenotaph designed by Lutyens, itself moved to make way for Metrolink trams. We reflected on the local phenomena of ‘disappearing statues’, removed during building work but not returned into our public spaces. One example being The Messenger of Peace (lovingly known by Mancunians as The Lady with Doves) by Barbara Pearson, winner of a 1986 competition titled Sculpture for Peace.

Our memories were fuzzy about elements of the original peace garden, specific plants and plaques but we did remember personal encounters and experiences with the space. The complex multiple layers of who creates meaning, who brings representation, who holds the emotional value and attachment to objects and spaces in urban places, and who shapes them, became the centre-stage of our discussions.

We agreed wholeheartedly that these reflections reinforced to us why making visible and accessible the processes through which our cities are shaped, are paramount to create spaces that are truly made for, by, and with the people who will use them. As Lefebvre reminds us the right to the city is an active, ongoing and vital process.

Below we share snippets from our dialogue, edited slightly for clarity.

Lorenza Casini: These beautiful leaves on the benches, but with the purpose of stopping certain users from using the benches in ‘inappropriate’ ways, what are they?

LC: Ah Yes! Well, you can see how to anyone passing by these sculpted leaves look beautiful and tactile, but there is actually quite a perverse undertone. Our urban spaces have so many invisible touches, we don’t realise the layers of meaning behind a detail or how a space has been made or its intention.

MR: when we came here with the LRM, people suggested that it is too subtle the motif, you wouldn’t appreciate its symbolism and relevance without reading about it. The connection and meaning about the gingko tree seeds is that they were gifted by Hiroshima to Manchester.

LC: I don’t know why the Peace Garden is here now in Lincoln Square?

MR: When I walked with women across the city (for research), the Lincoln statue came up in conversations time and time again, as something people were really proud of*.

The connection with the Lincoln statue might have made it a good place, or it could be convenience. I believe campaigners involved in restoring the Peace Garden are happy with this new location.

MR: I think it’s a shame The Messenger of Peace statue has gone.

LC: How strange, would be interesting to know who makes these decisions and then what happens and why they don’t come back. Or perhaps once they’re gone, they truly become forgotten.

MR: Indeed. I am quite surprised, not least because we still greatly lack female statues in Manchester and that particular statue was so popular.

LC: All this reminds me of the mechanics in which we experience the city, what we notice and what we forget, the details that our memory then makes fuzzy, unless we are helped by how new spaces are shaped. I have lived here for over 24 years and I truly love this city, have walked in it and through it extensively and I genuinely had forgotten about these statues for example. And they were all in spaces that I know really well, and yet once they are gone and something else replaces them my memory of them has also gone.

LC & MR: This is why our collective memory becomes even more important and powerful!

* The Lincoln Statue commemorates the role Manchester played in abolition, although the city’s relationship to slavery is significantly more complicated and problematic than it suggests.